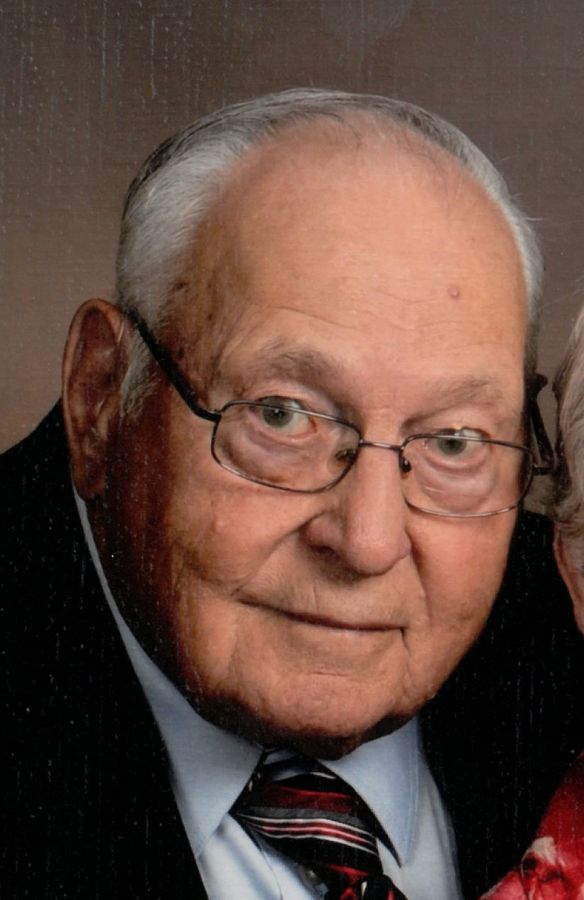 "Sending you our love and prayers. Del will be missed. Our sympathies are with you all. The Nintemann Girls - Terri, Cheryl and Karen"

"Our thoughts and prayers to the Ihrke family. Del was a kind and gentle man of few words. His and our grandchildren loved him very much. Love and prayers, Tom and Olivia Heim"

"MaryJane and family- so sorry to hear of Del\'s passing. May God comfort you and memories bring you joy. "

"Mary and families ,prayers and sincere sympathy to you all ! Always enjoyed seeing you at the games ! Larry and Joanne"

"One of the poems I received when Rick died. Gave me comfort and I hope it does for you too. Love and prayers, Mary and Bernie Cash I Am Standing By the Seashore I am standing upon the seashore. A ship at my side spreads her white sails to the morning breeze and starts for the blue ocean. She is an object of beauty and strength. I stand and watch her until at length she hangs like a speck of white cloud just where the sea and sky come to mingle with each other. Then someone at my side says: ?There she is gone!? ?Gone where?? Gone from my sight, that is all. She is just as large in mast and hull and spar as she was when she left my side and she is just as able to bear her load of living freight to her destined port. Her diminished size is in me, not in her. And just at the moment when someone at my side says: ?There, she is gone? there are other eyes watching her coming and other voices ready to take up the glad shout: ?Here she comes!? And that is dying. Henry Van Dyke "

"Uncle Del, Fly High! Please say Hi to grandpa&grandma,mom&dad and the rest of your siblings that have passed. (My Aunts&Uncles.) God Bless Mary Jane& my cousins(Lynn,Lee,Kevin,Ray,Jean,Allen,Curt&Pat) Love You All Gary&Marilyn"

"I remember Del from when my grandpa and gramma Comingore lived out near him. What a nice man. You have my deepest sympathy at this sad time. What a remarkably long life he had. Blessings to all of you. Janell Dahl"