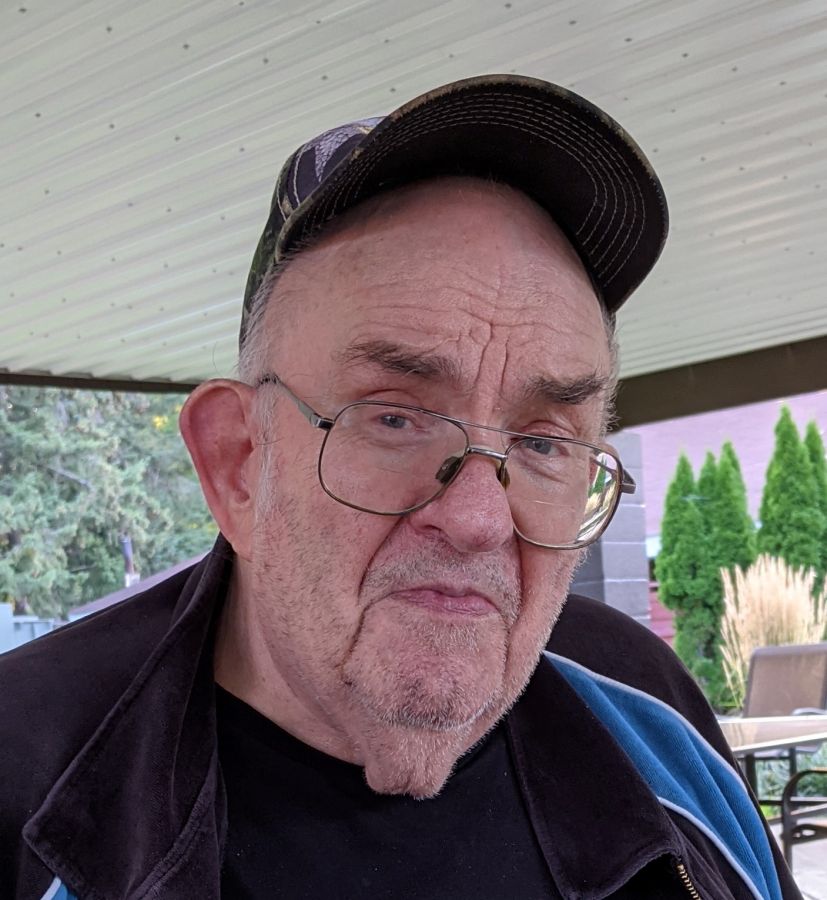 He was born on June 24, 1930 in Flint, Michigan to Leo B. and Marie Hopkins. He is survived by his wife of 67 years, Marian Hopkins, his son Barry (Lisa) Hopkins of Manitowish Waters, Wisconsin and his daughter Jenny Hopkins of Minneapolis and Winona.

After graduating from Grand Blanc High School (Michigan) in 1948, he attended Flint Junior College, then transferred to Michigan State Normal College (now Eastern Michigan University) in Ypsilanti, Michigan where he completed a Bachelor of Science degree. He later completed a master's degree in geography and worked toward a Ph.D. (all but dissertation) at the University of Michigan, Ann Arbor. To support himself throughout his schooling, he worked at various factories in the Flint auto industry. He married Marian Opel (Hopkins) in Fraser, Michigan in 1954. In 1957, he came to Winona to take a teaching job at Winona State Teachers College (now Winona State University) where he taught business education and geography until 1987.

Dick Hopkins was an inventor, a river explorer, a tinkerer, a builder, and a bit of a frontiersman. He was an expert on "green energy" before that concept became popular. In the 1970s, he built a wood-burning furnace to heat his house (the house he built by himself), cut the wood for that furnace with a wood splitter that he designed and constructed, and heated water for the house with a system of solar panels and electrical storage units. He grew a huge garden and required all family members to help grow, harvest, and preserve the vegetables, even though that wasn't everybody's thing.

He made two solo river trips down the Mackenzie River in the Northwest Territories of Canada, a solo river trip on the Minnesota River, and numerous solo river trips along portions of the upper Mississippi. He liked camping, fishing, hunting, and spending time in nature. He loved to travel to Alaska and northern Canada or to any place that was hundreds of miles away from the nearest town. His favorite place was his home and property just outside of Winona - the city he loved.

He was a legendary storyteller who could make the most mundane experiences seem interesting and entertaining by embellishing them with details that may or may not have happened. Most people got to hear the same story numerous times, yet each retelling became more elaborate, until those who were present at the original incident couldn't recognize the event.

Dick loved raising golden retrievers, reading non-fiction books, and listening to or playing music. A lifelong musician, he could pick up any instrument (trumpet, trombone, clarinet, flute, harmonica, guitar, mandolin, or electric keyboard) and make it sound like he had been playing it for years. He started playing the guitar at age 5 and continued with his music studies until age 91. In the late 1950s and 1960s, he played guitar in dance bands at the Oaks and other locations around Winona. More recently, he resorted to studying sheet music and playing the songs in his head after it became too hard for his fingers to move across the keyboard.

Although he was a bit of a loner in his later years, he was a sensitive man who cared deeply about his fellow humans and could easily start weeping while watching world tragedies on the evening news.

Hoff Celebration of Life Center - Goodview is assisting the family with arrangements. The family kindly asks that in lieu of flowers, donations be sent to the designated memorials above.

"I only had a couple courses with Prof. Hopkins at Winona State thanks to recommendations from other students at Winona State. I not only fulfilled some of my science requirements but thoroughly enjoyed the courses which remain some of the most fascinating and memorable courses I had while at WSU. He was pleasant, interesting and so knowledgeable on not only geography but so many subjects. His courses were always fully enrolled. His \"travelogues\" relative to his Northwest Territory trips were fascinating. I recall that when he assigned us to write reports, he wanted lots of info and details, saying, \"I grade on the Toledo scale.\" I never knew what he meant until a couple years after college I happened to be in the mail room of the company where I was working. There by the loading dock was a huge floor scale with a big dial on top -- manufactured by the Toledo Scale Company! On occasion a couple other students and I would enjoy a schooner (or two) of beer with Prof. Hopkins over lunch at the Big O on Winona\'s west end, fascinated by more his stories told with wit and humor! Thanks for the memories Professor Hopkins!Smooth sailing and blue skies forever!"

"Dear Marian, Jenny and Barry, It is with sadness that Nancy and I learned of Dick?s passing. He was a good friend and someone who we will not ever forget. What a lovely obituary outlining the life, experiences, values, and character of Dick! It was my honor and privilege to know and work with him during a large portion of his career at WSU. Also, while an undergraduate student at WSU, I had more than one geography class from Dick, and I both enjoyed and learned about different parts of the world from him resulting in an expanded understanding of different cultures. (His pop quizzes in class also kept his students prepared each day!) Nancy and I shared many laughs and good times with Dick and with Marian over the years. These memories will remain with us for our lifetimes. We send our most sincere condolences to you. We trust that your memories of Dick will sustain you now and into the future. Sincerely, Jim and Nancy Reynolds "

"All my condolences to the family. I never realized that Mr. Hopkins was such an outdoorsman. It sounded like he really enjoyed his life. What more could you ask for for a loved one. May your memories always give you comfort. And may God bring you peace. Mary L. Kosidowski"

"Looking at his picture, I can still see the young man who stood before me in college at Winona State. Geography ended up being my major because of Mr. Hopkins. He was such an interesting, down to earth kind of guy that made learning fun and memorable. To be honest, he\'s the only professor I remember from college-he really has a place in my mind and heart. On some of my trips to Winona, I would drive past his house and smile. My deepest sympathy to his family and friends. Lynn Brown Humble"

"May memories bring peace and comfort to your family. I feel so fortunate to have gotten to know Dick. I always enjoyed talking to him. He was one great guy! Deepest Sympathy?..Diana and Tom Thorson"

"Marian, Jenny & Barry, I got to know Dick over the last several years through my wife Amy. I would help Amy periodically while she was cleaning at your house, and spend some time talking with Dick. Well after the first few chats with him, I told Amy, \"man, I really like that guy\". I would listen like a little kid at his stories of life, travel, hunting, fishing, and building. One of the greatest storytellers I have had the pleasure of getting to know. Just loved that guy. He will be missed by all that graced his presence, and I will miss him greatly. His memory lives on in the stories he shared with me. May God carry you all through this difficult time. "