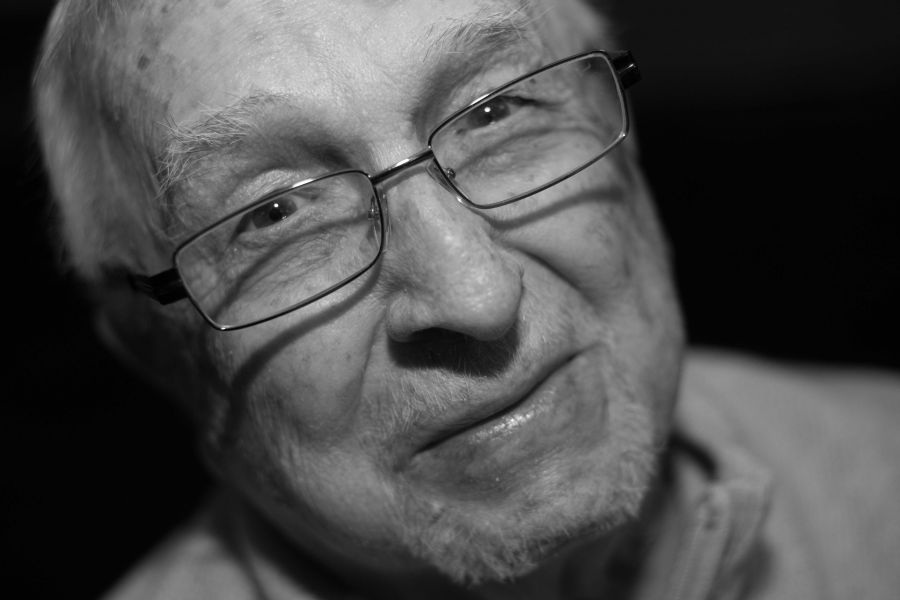 Frank Deutschman, 93, of St. Charles died Monday, August 30, 2021, after a long battle with cancer. Dozens of family members visited Frank in the last several days before he passed away at the Whitewater Health Services nursing facility in St. Charles.
The son of German and Belgian immigrants, Frank was born July 23, 1928, in Milwaukee. He grew up there, attending Catholic schools and developing a deep love of baseball. By the time he was 19 he was playing for a minor league affiliate of the Chicago Cubs. He cherished his time as a ballplayer, eventually passing on his passion as a coach of many youth and recreational baseball teams.
In 1948 he met Paula Tews at The Eagles Ballroom in Milwaukee. They got married on July 8, 1950, and were side by side ever since. From their honeymoon at the Black Hills and Yellowstone National Park, to their final days together watching Milwaukee Brewers games.
Frank and Paula settled in Milwaukee, and started their family there in 1952 with the birth of their first child, Lynn. Two more daughters, and three sons followed. At the Deutschman home, countless board game battles took place, singing and music often hung in the air, and the Green Bay Packers were never far from dinner table discussions.
In 1967, the family headed west, moving to Winona, MN, where Frank became Director of Purchasing for Peerless Chain Co. In Winona, the household grew to 9 with the birth of their youngest son, Robert. Their life featured numerous rounds of golf at the Winona Country Club, frequent dinners at the Hot Fish Shop, and many family vacations south to the white beaches of Panama City, FL. While in Winona, Frank's two oldest daughters married, and his first two grandchildren were born.
Florida would later become Frank and Paula's home. They moved there in 1980, first to Leesburg, and then to Naples. There Frank worked as Director of Purchasing for Loos & Co., before he retired in 1993. Once done working, Frank could fit in more golf, especially at the Naples Beach Club, where Paula worked, and more hours following the Packers and Brewers from afar.
Time in Florida was touched by tragedy, but many joys. Frank and Paula's son, Michael, their fourth child, died in 1983. But the rest of their children married, and 9 more grandchildren were born.
In 2004, Frank and Paula moved back to Minnesota, relocating to St. Charles, where they lived ever since. The family continued to grow while there, including the birth of their 12th and 13th grandchildren, and the births of all their 14 great-grandchildren. Both retired by then, their years back up north featured numerous trips with family, allowing Frank to eventually set foot in all 48 continental United States. Attendance at many sports and school events of their grandchildren and great grandchildren became part of their life. They always had a family dog to keep them company at home.
Frank was preceded in death by parents, John and Elizabeth Deutschman; son Michael Rory Deutschman; and granddaughter, Sara Suzanne Ford. Survived by his wife of 71 years, Paula (Tews) Deutschman; children, and their spouses Lynn (Deutschman) Walsh and John Walsh, Lori (Deutschman) Ford and John Ford, John Deutschman and Lori (Swiggum) Deutschman, Alan Deutschman and Kaye (Thorpe) Deutschman, Anne (Deutschman) Roberts and Raymond Roberts, Robert Deutschman and Shawn (Behrenbruch) Deutschman; 13 grandchildren; and 14 great grandchildren.
A Memorial Service for Frank will be held on Saturday, September 4, 2021 at 3:00p.m. at Faith Lutheran Church in St. Charles, MN. Visitation will be one hour prior to the service at the church on Saturday. Please share a memory of Frank and sign his online guestbook at www.hofffuneral.com. In lieu of flowers, memorials will be sent to: the American Cancer Society, the American Diabetes Association and the Animal Humane Society.

"John, Lori, Michael, Chelsea & families...what a wonderful tribute to your dad, grandpa, and great-grandpa! He lived a full life and was so proud of all of his family. We are thinking of you at this sad time and will continue to keep you in our thoughts and prayers. We love you guys!"

"John, Lori, and family, So very sorry for your loss. Our thoughts and prayers go out to you in the loss of John\'s father. Sympathies."