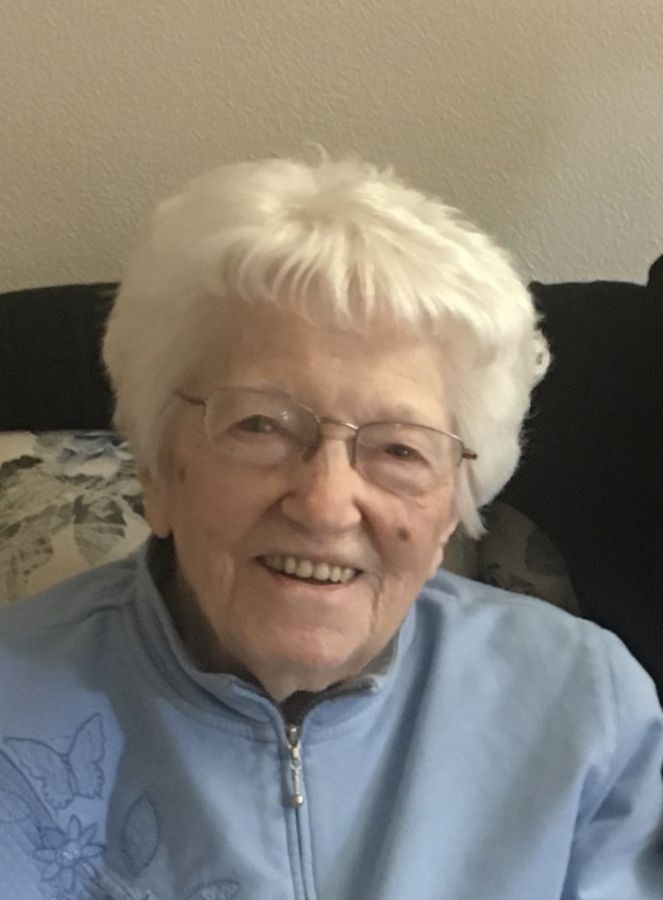 RUSHFORD, MN - Lorraine M. Peterson, 101, of Rushford, MN died on Wednesday, August 25, 2021, at the Good Shepherd Lutheran Home in Rushford.
Lorraine was born on February 29, 1920, in Boone, Iowa to Robert and Elsie Cranmer. She was raised in Boone where she graduated from high school. She married Curtis Harpel in 1937. They were later divorced. Lorraine married Burt Peterson in 1982. Burt died in 1992. She lived for many years in the Hollandale and Albert Lea, MN areas. Lorraine worked for the City of Albert Lea as a bookkeeper. In her spare time, Lorraine enjoyed art, artistic painting, and dancing.
She is survived by two sons: Larry (Mel) Harpel of Denver, CO, and Ron "Rocky" Harpel of Rushford; seven grandchildren; many great-grandchildren; and a sister, Eloise McRay.
She was preceded in death by her husband, Burt; son, Terry; and brother, Bobby.
The family is planning a celebration of life for Lorraine at a later date.
Hoff Funeral and Cremation Service in Rushford is assisting the family with arrangements.
Please leave a memory of Lorraine and sign her online guestbook at www.hofffuneral.com

"Lorraine was such a special person who lived her life with graciousness and kindness for others. I was her daughter-in-law for many years and was blessed to have been part of her family. Deb Harpel "

"Lorraine was a lovely lady! We shared many stories on family, life and faith. My deepest sympathies to her family. I will miss her. Blessed be her memory."