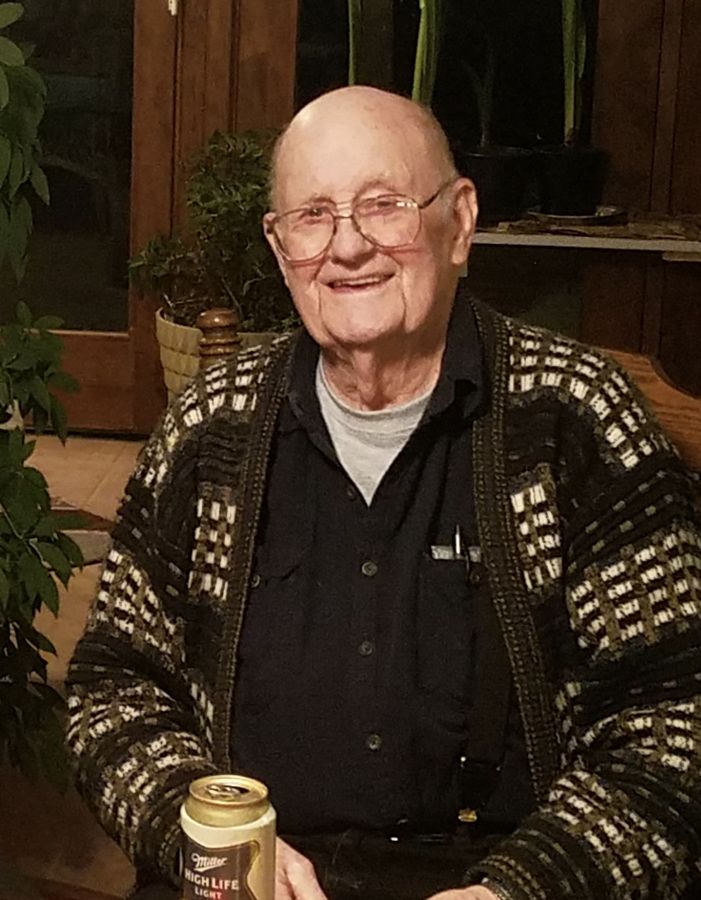 "So very sorry for the loss of your father. He was a kind man and always had a smile or a wave to everyone he knew. May you take great comfort in your wonderful memories of your father/grandfather. And sadly, Elba has lost a truly good man. But his spirt lives on in our small town that he so loved living and working in. Bless you all. "

"Our deepest sympathies to the Mauer family. I will always remember the great times I had growing up and visiting our cousins and Aunt Adeline and Uncle Bob, running around in Elba while our parents visited. Memories that last a life time.Hugs to all my cousins. "

"My sympathies to the loved ones of Bob. I was happy to be able to visit with some of the kids that I haven\'t seen for a very long time. Beautiful flowers and wonderful tribute to a spectacular life lived. Take care. Terri Heim"

"Sympathy?s to Mauer family, Bob will be sorely missed wish I could have had one last beer with him "

"Our sympathy in the loss of your father, an Elba icon. The Don Zingler Family"

"Dave Brand : I send my sympathy to the family of Bob Mauer. He will always be remembered as he was a great guy to talk to and stopping in the bar talking to him eating them great pickled eggs telling me stories was a pleasure for me just to stop and visit. "

"Our deepest sympathy to all the Mauer families. Bob was a great man who always had time to talk and listen and a smile on his face. He will be sorely missed. Thanks for your service to our great nation Bob. RIP"

"Our thoughts and prayers go out to you in this time of need."

"Sorry for your loss, Bob was a great man and always enjoyed talking with him when I was delivering beer to Mauers for 37 years. I especially enjoyed catching him making some good old fashion Luxembourg tripen in the basement.RIP"

"So sorry to hear about Bob! He was an icon of the whitewater valley and will be missed! Love and prayers from the Potters John and Jane"

"My sympathies to the Mauer family"

"My condolences and sympathy to all of Bob\'s family and friends, he will long be remembered as an icon of Elba."

"My sympathies to all the families of Bob. He was quite a fixture in Elba and at the bar. He knew everybody and everybody knew him. His contributions made Elba a better place."

"Our sincere sympathy to Bob\'s family. He was a friend of many years, and always had time to visit and ask about a family member of both of us. Our prayers and God\'s blessings to all. "

"Our hearts go out to the Mauer family at this trying time. Bob will be missed by many. We had lots of respect for him. Whenever he was around people wanted to talk to him and soak in all the knowledge of the area. Our thoughts and prayers are with the Mauer family."

"We want to send our deepest sympathies to th Mauer family. God bless Bob. We will miss him."