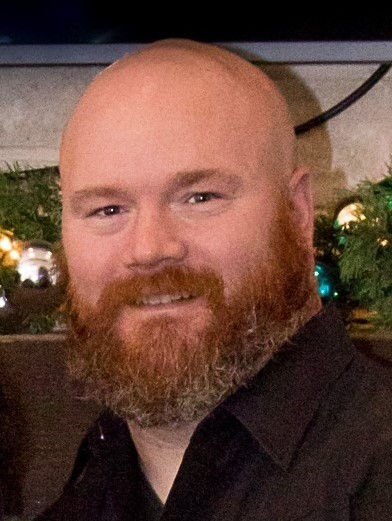 Christopher Michael Burke, 44, of Flint, TX passed away Sunday, July 25th. Chris was born September 8, 1976, to Timothy Sean and Shaune (O'Connor) Burke in Lehrensteinsfeld, Germany and lived his entire childhood in Winona, MN. He was a graduate of Winona Senior High School, attended University of Wisconsin River Falls, and graduated from Texas A & M - Texarkana with a degree in Business Management.
Chris had a true love and passion for hockey. After high school he played Junior hockey before attending and playing at the University of Wisconsin River Falls. He played on several semi-professional hockey teams over the course of several years, including the Texarkana Bandits bringing him to Texarkana, TX where he would meet the love of his life, Holly Long. They were married on January 31st, 2003, and together were raising two sons, William Connor and Sean Cody, at their home they built together in Flint, TX.
Chris had many hobbies and interests. He built and founded Zedonk, a private frisbee golf course for S.M.A.C. He enjoyed skeet shooting and target practice in the backyard. He spent many days caring for the many animals at Diamond B Ranch. He is current reigning champion of Troutenheimer. Chris was involved in his community through Target, his wife's many causes, his church and youth sports with his sons. His greatest interest came from watching, cheering, and helping his two boys succeed in their interests: Connor with his soccer and Cody with his 4-H projects and Cross Country.
Chris is survived by his wife, Holly Long Burke; sons, William Connor Burke and Sean Cody Burke; parents, Timothy Sean Burke and Shaune O'Connor Burke; sister, Brianna Burke; sister, Kelli (Nik) Kronebusch; nephews and niece, Aiden, Kaelyn, Harlan Kronebusch; sister-in-law and brother-in-law, Lea and Brian Holland; father-in-law, William Long; Everly Grace; 15 aunts and uncles; 18 first cousins; and many more extended close family and friends. He is preceded in death by paternal grandparents, Joseph Timothy and Jeanne Burke; maternal grandparents, Harold and Eleanor O'Connor; mother-in-law Claudia Long.
A Celebration of Life will be held at 2:00 p.m., Thursday, August 12 at Hoff Celebration of Life Center, Goodview, led by Funeral Celebrant Jen Corcoran. Visitation will be held from 5-8 p.m., Wednesday, August 11, and from 1 p.m. until the time of the service, Thursday. Services were held in Tyler, TX on July 29th. Please leave a memory of Chris and view his video tribute when it is available at www.hofffuneral.com. Hoff Celebration of Life Center, Goodview, is assisting the family.

"Chip and I remember when you were born in the house in Lehrensteinsfeld. We lived near buy and we were so excited for your Mon & Dad! Chip & Cheryll Graves"