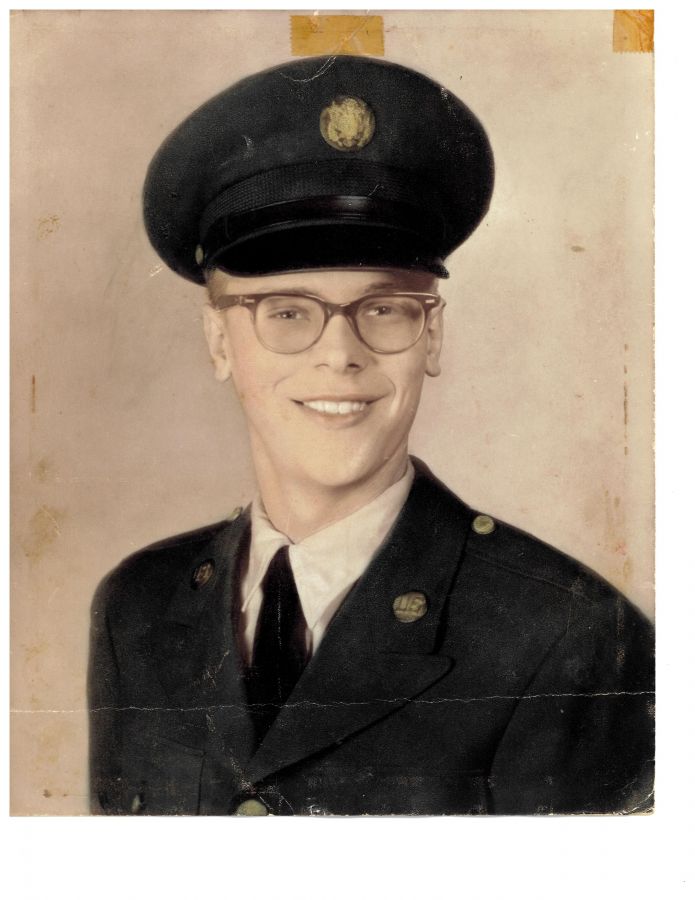 Victor Coffel was born in Marion on December 11, 1940 to Dorothy (Van Landingham) and Robert Coffel.
He joined the Army in 1958 at the age of 17 and was U.S.A. all the way.
He worked for 17 years as a fork lift operator in the sheds at the Owens Illinois Glass Factory in Gas City until it closed in 1982. He worked various jobs until he retired in 2005. He was a member of the Moose Lodge in Gas City and the American Legion in Jonesboro.
He loved to hunt and fish no matter what the weather. He watched game shows and police shows on tv, but he especially loved the Indy 500 and the Olympics. He liked Word Search and spent hours working jigsaw puzzles. I bought him a puzzle of a jumble of needles on a black background. Made him crazy (took him 3 weeks) but he loved it.
He passed peacefully following a long illness. He leaves behind his love of 39 years, Mona Cook, Gas City, a son Victor Lee (Elizbeth Harling ) Coffel . Orange Park, FL and three daughters: Jodie ( Lee) Stewart, Jacksonville Fla, , Kim Coffel, Cookville, TN, and Stephanie Jordan, Gas City. His step children he raised as his own are Ken( Karen) Cook, Marion, Stephanie George, Upland, Laura (Shawn) Finch, Fairmount, and Joe Cook, Marion, 14 grandchildren and 16 great grandchildren his brother Roger Coffel, Richmond
and his sister Debbie Ponder , Winchester.
He was preceeded in death by his parents Dorothy (Van Landingham) Coffel and Robert Coffel, two sisters: Phyllis Boone and Doris Underwood, and two grandchildren: David Obenchain and Cody Alan Cook.

Arrangements for Victor have been entrusted to the College Park Chapel of Armes-Hunt Funeral Home and Cremation Services, 4601 S. Western Ave., Marion, IN where a Celebration of Life will be held at a later date.

Online condolences and memories may be shared at www.armeshuntfuneralhome.com