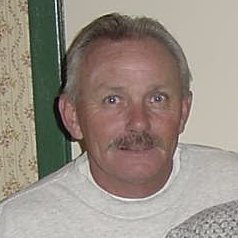 David Elkin, 72, passed away on June 30, 2021, at Thunderbird Hospice of the Valley. He was the husband of Myra Jan Elkin. They shared 45 years of marriage together.

Born in Cambridge, England, he was the son of Robert Kloss, Sr., and Doris Elkin Kloss. The family relocated to Arizona when Mr. Kloss' military service ended. David enlisted in the U.S. Army, and served in various posts, including in Germany. Upon leaving the Army, David returned to Arizona and worked with the Arizona Humane Society, where he met Myra. Later, he joined City of Phoenix Parks and Recreation, where he was a groundskeeper at various North Phoenix parks until his retirement.

He is survived by his beloved Myra, by his sister Noreen Wesolek, and many nieces, nephews and grand-nieces and nephews. He was predeceased by his brother, Robert Kloss Jr.

Interment of his ashes will be determined at a later date. Memorial donations in lieu of flowers may be made to the Arizona Humane Society, 9226 N. 13th Ave., Phoenix, AZ 85021.