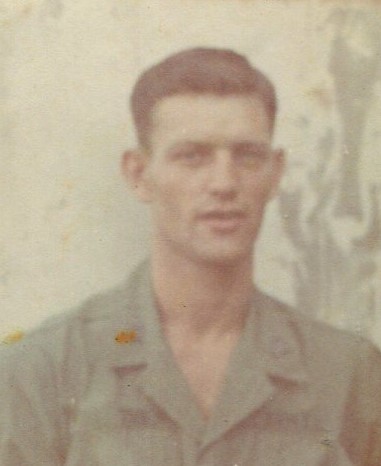 Ronald V. Thien Sr., 74, died Wednesday, July 15, 2021 at his Fairmount residence.
Ron was born in Breese, Illinois on July 5, 1947, son of the late Vincent Thien and Marie (Walterine) Thien Moss. Ronald was an Army Veteran of the Vietnam War and was a truck driver for over 20 years retiring from Hiner Transport. He was a member of the Fairmount American Legion. Ronald enjoyed hunting, fishing, and camping and loved to tinker.
Ron is survived by his wife Joyce (Jones) of 52 years. They were married on March 7, 1969. He is also survived by two children, Missy Thien, and Ronald "Bub" Thien Jr. both of Fairmount; siblings, Mary Brass, Debbie Manly, and Janice Sutton, all of Fairmount, and Judy (Ron) Marley, Jalapa, Patti (Phil) Orndorff, Kokomo and Lori (Mike) Jarvis, Van Buren; 5 grandchildren, Kody (Megan) Lewis, Bailey Peters, Wyatt Eccles, Ireland Thien, and London Thien; and 4 great-grandchildren, Kaden, Kora, Bently and one on the way; brother-in-law and sister-in-law Roger and Rose Jones, Marion; and multiple nieces and nephews.
Ron was preceded in death by his parents; step-father, John Moss; brothers, Bob Thien and Jeff Moss; brother and sister-in-law, Donnie (Kay) Thien; and brother-in-law, Bill Brass.
Services for Ron will be held at the Fairmount Chapel of Armes-Hunt Funeral Home and Cremation Services, 415 S. Main Street, Fairmount, Indiana. Visitation will be, Monday, July 19, 2021 from 2-5 PM with funeral services following at 5 PM with Pastor Jack Scott officiating. Cremation will follow.
Memorial contributions may be made to Fairmount Veteran's Memorial, Fairmount American Legion, or the VFW in care of the funeral home.
Memories and condolences may be shared at www.armeshuntfuneralhome.com

"Ron and myself are sad to hear about your Dad. We will keep you in our prayers. "