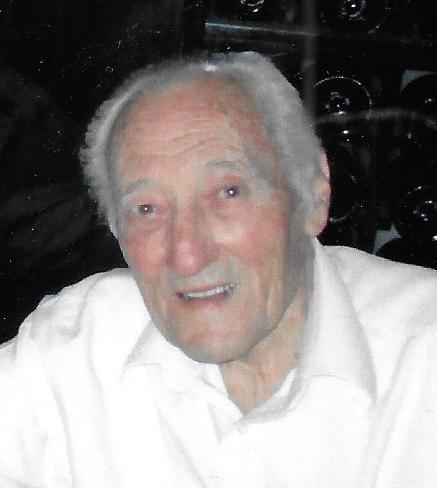 Marcello N. Pazianoti was born on February 28th 1926 to Maria and Emilio Pasianot, in São Paulo, Brazil and was the oldest of six siblings. He passed to be with our father on June 23rd 2021. He was a widower and is survived by his two children Janete and Jair and grandson Andre, sisters Hilda and Eunice and sister-in-laws Clarice and Ana, and many nieces and nephews. He was preceded in death by his beloved wife, Wilma of 61 years on December 10, 2013, parents and brothers Gildo, Dino and Ivo.

In his earlier career, Marcello started out as a car and truck mechanic and later on he became a machinist. He had, however, many gifts. He loved making things out of wood and metal. Even though he had only a grade school education when he was younger, in his 80s he acquired his GED. He also liked writing poetry which was mostly written in Portuguese but in 2008 he wrote "It Is Marriage" in english which was submitted to the international library of poetry with The International Society of Poets. He won The Editors Choice Award and Poet of Merit Award and had his poem published in the book "Collected Whispers". He was also a Mason.

"Janete, your father lived a very long and full life. He is going to be so wonderfully missed by everybody who ever knew him over the years."

"Janete, your father lived a very long and full life. He is going to be so wonderfully missed by everybody who ever knew him over the years."