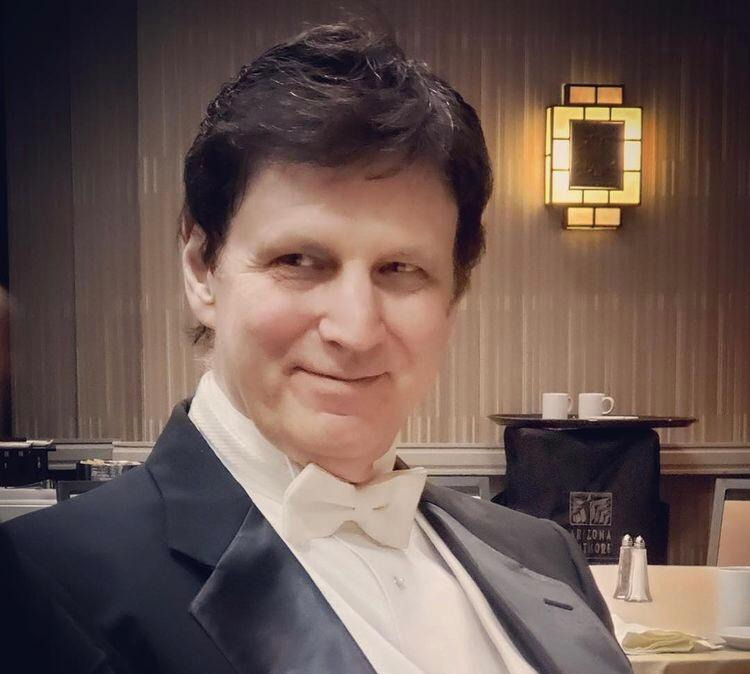 Carter was born June 4, 1952, to Charles Raymond Pendell and Bonnie Margaret Pendell in Oklahoma City, Oklahoma. When Carter was a young child around 5 years of age, he was diagnosed with Perthes hip disease, and that was part of the impetus that propelled him toward the violin, as he had to wear a leg brace for several years, and was really not able to participate in sports and other physical activities. It was serendipitous in a way, as he was discovered to have perfect pitch and a great talent for the violin. He was hailed in Oklahoma City as a child prodigy, and his primary teacher, Michael Avsharian, saw to it that he was able to attend the famous Meadowmount School every summer from the time he was twelve years old until he left for college.

Carter's father, Charlie, died of a heart attack when Carter was only 13 years old. This was a traumatic event in Carter's life. He suddenly became the "man of the house" at a tender age. When he got his first paycheck with the Oklahoma City Symphony at the age of 15, he used the money to buy his mother a dishwasher. Money was scarce, and Carter was generous, even as a young man. He was exceptionally caring, and he was always appreciative of the sacrifices his mother made to do as much as she could to further his musical gift.

Carter was the winner of the young people's solo competition sponsored by the Oklahoma City Symphony and performed a concerto with that professional orchestra when he was in high school. He also was the winner of the Oklahoma City Junior Symphony concerto competition for 3 consecutive years while he was in junior high school. When he was only 15, he was engaged as a regular sub in the violin section of the Oklahoma City Symphony, where he played all the major concerts with that professional orchestra for the duration of his high school years. He also played numerous freelance jobs with other groups in the OKC area throughout the time he lived there. Carter was admitted to the Curtis Institute in Philadelphia, where he continued his study with the renowned violin teacher, Ivan Galamian. During his first year there, Carter made medical history when his Perthes hip disease reappeared, but in the joint of one knuckle on his left hand. Unfortunately, that precipitated the end of his Curtis career, as his doctors forbade him to practice the required 6 hours a day on that damaged hand. His case was written up in a medical journal.

After Carter returned to Oklahoma, he continued his education and married his first wife, Barbara. Carter returned to Oklahoma City around 1971, where he became a contract member of the Oklahoma City Symphony. Later, he won the audition for Principal Second Violin with that orchestra. He played and taught during the summers at the Eastern Music Festival, where he met again his second wife, Marian. They were married in 1981, and they played together in the Kansas City Philharmonic and then The Phoenix Symphony, where Carter was also Personnel Manager for seven years during his tenure there. They were married for nearly 20 years, and after they divorced, they remained colleagues in The Phoenix Symphony for almost another 20 years.

Carter was blessed with the birth of one daughter, Elizabeth "Lizzie", in 1985, and she was the light of his life and his dearest love. Lizzie and her husband Steven Katz, blessed Carter with two wonderful grandchildren, Elena Greta Katz, 9 years old, and Zachary Albert Katz, 6 years old. Lizzie and her beautiful family adore Carter, and the children always had fun with him. Carter's death is a huge loss for them all. Carter enjoyed sharing his expertise and knowledge of Ivan Galamian with his students in the Phoenix area, and his students were very devoted to him.

He was a wonderful mentor for many young violinists. He may have been the only first generation student of the famous Mr. Galamian in this area. His legacy in that regard was very special. For many years, Carter cared for his elderly mother, Margaret, in the same home in which he passed. He was a devoted son, and he went above and beyond every reasonable expectation to care for her for many years when she was very frail and unable to care for herself in any way. Carter was a very compassionate man. Carter was a wonderful violinist, and possessed a brilliant mind. He was a devoted father and a dependable and amiable friend to his colleagues. He was a man of integrity and empathy, and he was a fair and kind man, beloved by his many friends, colleagues, students, and family members. He will be sorely missed by so many people, and he left this world far too soon. He made a difference in so many lives, and he will be remembered with great love by all who knew him.

In Lieu of flowers, please make donations to the Phoenix Symphony by visiting www.phoenixsympthony.org

"Thank you for helping me on my journey to play the violin throughout the years. Violin will always be part of my life because of you and I miss you. -Jason Kai"

"Thank You for teaching me the gift of violin and being patient with me when I made mistakes from time to time. We will always miss you. -Aiden Kai"