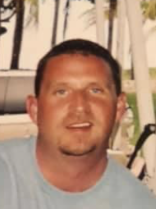 Born in Ponca City, Oklahoma, he was the youngest and only son of Jack & Joella Stamper. He completed a bachelor's degree with a focus on business and political science which he began at U.T. Arlington, later at O.S.U, and completed at ASU in Phoenix. He was employed at Voya for the last seventeen years, most recently in the position of Vice President and Managing Paralegal, Mutual Fund Legal Department.

Jay had a love of music and a taste that spanned country music, rock, pop, and jazz. As well as some of the classics. He wasn't a native of the area but he loved Phoenix and made it his home for the last 25+ years. We will miss his whit, his sarcasm, and his charm. For those of us who knew him, we will also miss his kindness. While not something he showed to everyone but for a few, we all know he was a big marshmallow.

He is survived by his mother, Joella and his sisters, Paula and Jennifer as well as his many nieces and nephews. He was predeceased by his father, Jack Stamper also from the Phoenix area.


In lieu of flowers, the family is asking for donations to the following non-profits in Jay's honor:

"Jay was a former colleague and cherished friend. Its hard to imagine we'll never go to another concert together, spend another afternoon complaining about politics, or laugh at some hilarious video he found. His kindness, humor and excellent advice will be sorely missed. My deepest condolences to all of those who loved him."

"Jay and I have worked in the Legal department at Voya since I started in September 2005. I always idolized Jay and strived to live up to the example of excellence, dedication and attention to detail that he set, and even though I never I came close, I still kept trying, with Jay in mind. I had the privilege of working for Jay for two years, and I am so grateful that he was my direct boss up until April 1, 2021. I treasure his kind words and wise counsel to me during my last performance review in March of this year. I also loved his sense of humor. Jay had such a keen wit and could always make me laugh. I am still in shock over this. Jay's untimely passing is a terrible loss, and he will never be replaced. John Swift"

"My first memory of Jay Stamper is from the Liberty Elementary playground in 1980. Jay was the John McEnroe of four-square. A fiercely competitive, bad-ass that could make you laugh while making fun of you for daring to challenge the King on his court. Along with that competitiveness, self-confidence and humor was a deeply caring, kind and devoted kid. Jay became my best-friend. We were band geeks of the 1st degree - dreaming and strategizing on becoming marching and symphonic band super-stars. We would laugh until we cried watching Gertrude Hoffman on ?My Little Margie? (1950?s comedy sitcom) and the Jack Benny Show. As juniors in high-school, Jay begged his sister Paula to drive us to Tulsa on a Tuesday night to see Tina Turner in concert. Jay?s perspective: As Tina?s two biggest fans, how could Paula NOT drive us?? The concert was awesome and sealed our fate as devoted fans. I am devastated to know Jay has passed. To Ms Joelle, to Paula and Jennifer: The Crawfords? hearts are heavy and we are thinking of you. Aylwin, Harry and Claudia Crawford"

"I had exchanged emails with Jay just a few short weeks ago. We had discussed him coming to Oklahoma to visit or we coming to see him in Phoenix. We shared memories of his uncle Gary who had just passed and how we would see each other soon! Jay had a kind heart and I enjoyed the times we had gotten together in the Phoenix area when my two sons Kevin and David played baseball. Jay you will be missed! Uncle Jerry!"

"I met Jay at the County Attorney's office. He was my mentor first but then became my friend. He taught to be "the voice of the victim ". Several years l followed him to Voya. Once again he took me under his wing. Jay was always so passionate about his work and friends. The world will be a bit smaller without him. I will miss him."

"Jay was a true original and an exceptional person. Witty, incredibly smart, intensely supportive of his staff and colleagues, tough, hard-working, attentive, refreshingly cynical, and exceedingly kind and caring. It was said that Jay will leave a hole the size of the Grand Canyon ? and that is more than true. He will be dearly missed and never forgotten. My sincere condolences to Jay?s family and friends. "

"Devastated. Jay was not only all-around brilliant and a lot of fun, he was also generous and a born leader. I will miss my friend and never forget him. Thank you, Jay, for everything. My deepest condolences to his family."

"Jay was a kind and helpful mentor to me at Voya. I miss his sarcastic humor, his attention to detail, and his genuine caring for the people around him. May his memory be for a blessing."