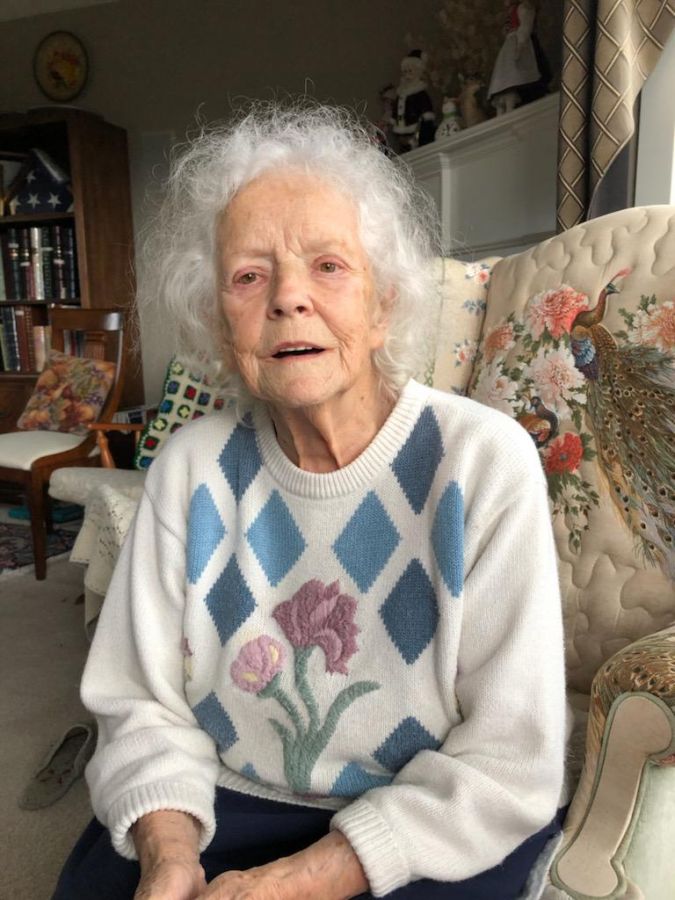 A Beachcomber Passes
Barbara Sue Fjarlie, 83, of La Conner passed away on 8 June 2021 of complications following a head injury suffered in late 2020.
Barbara was born 30 June 1937 in Seattle to Gladys and George Cowen. Her family moved around the Seattle metro area. Barbara graduated from Lake Washington High School in 1955 and moved to Biloxi, Mississippi soon after to help her older sister June with child care. In Biloxi, Barbara met a young airman, Darryl Handy, whom she later married. With Darryl, she had three children: Mark, Scott, and Sarah.
After a divorce from Darryl, Barbara moved to Seattle Hill Road in Snohomish where she lived with her mother and step-father, Hank Springer. She joined GTE Northwest in 1962 as a telephone switchboard operator. Barbara worked in various positions in GTE and particularly enjoyed the drafting and engineering departments. At retirement in 1992, she was a field technician, repairing and installing commercial pay phones, with a beat that ranged as far east as Wenatchee.
Barbara married Idar Fjarlie of Everett in 1972 and became a step-mother to his daughters Eleanor and Sylvia. Barbara and Idar lived on Seattle Hill until the end of 2015 when they moved to La Conner.
Barbara was an avid amateur musician. She bought a piano at age 11 after carefully saving her babysitting and summer job earnings. She played a flute in her high school marching band and, as an adult, played piano for her church in Everett. A devout Christian, Barbara was active in the church and served many years as the secretary for the Friendship Club in Everett. In retirement, Barbara and Idar served as Snohomish County election poll workers and as volunteers at the La Conner Sunrise Food Bank.
A natural green thumb, Barbara loved gardening, beach rambling, camping, thrift shop bargain seeking, reading, Bible study, travel, and her and Idar's animal companions, especially Rudy and Lilly, their bichon frises. Barbara will be remembered for her good cheer, warm friendship, and positive, open approach to life. She particularly loved her morning cup of coffee at sunrise over the Skagit Valley. Barbara also enjoyed exploring the nooks and crannies of the world. An intrepid traveler, she visited and enjoyed Western Europe, the Philippines, Morocco, Turkey, Central and South America, Canada, and even East Germany. Barbara fondly recalled her family visits to Norway. She was not afraid to strike out on her own, but usually travelled with her husband Idar, her daughter Sarah, her step-daughter Sylvia, or her dear friend and colleague Nancy Bray of Everett. In 2005, Barbara and her niece Veronica Moore visited Israel on a Hal Lindsey Ministries tour.
The family recalls with fondness and humor Barbara's tales of her early childhood in the Seattle area. Who else would leap in a fast creek to wrestle out a salmon for the family dinner at age five? And, her summer spent with a native family in Maple Valley picking beans to pay for her piano always brought a knowing smile to those who mused on her work ethic.
Barbara is survived by her husband Idar of La Conner; her sister Marcia Davenport of North Bend; her son Mark Handy (Kara) of Santa Fe, New Mexico; her daughter Sarah Handy of Springfield, Virginia; her step-daughter Eleanor (Dan) Borg of Stanwood, her step-daughter Sylvia Fjarlie of Concrete; her grand-daughters Megan (Aaron) McCullough of Columbia, South Carolina and Patricia (Eric) Schoonmaker of Marysville; and her grand-sons Ryan Handy, of Berlin, Germany, Devin Handy of Santa Fe, New Mexico, and William (Jessica) Borg of Marysville. Barbara has five great-grandchildren: Sakura, Kennedy, Carson, Parker, and Kira. Her beloved son Scott Handy, predeceased her in 1999, as did her sister, June Morgan, who died in 2019. Barbara will also be long remembered by her nieces, nephews, neighbors, and her warm and loyal band of GTE co-workers.
Barbara's family extends its sincere thanks to April House, in Marysville, the Providence Hospice team, and Patrick Moore, who was always ready to lend a hand.
June 30, 1937 - June 8, 2021

"So very sorry for your family's loss of Barbara Sue. She surely must have been a wonderful person. I'll meet her in heaven one day. :) May you find peace and hope which she had in the grace of our LORD Jesus if you don't know him. Psalm 116:15 Precious in the sight of the LORD is the death of his saints."