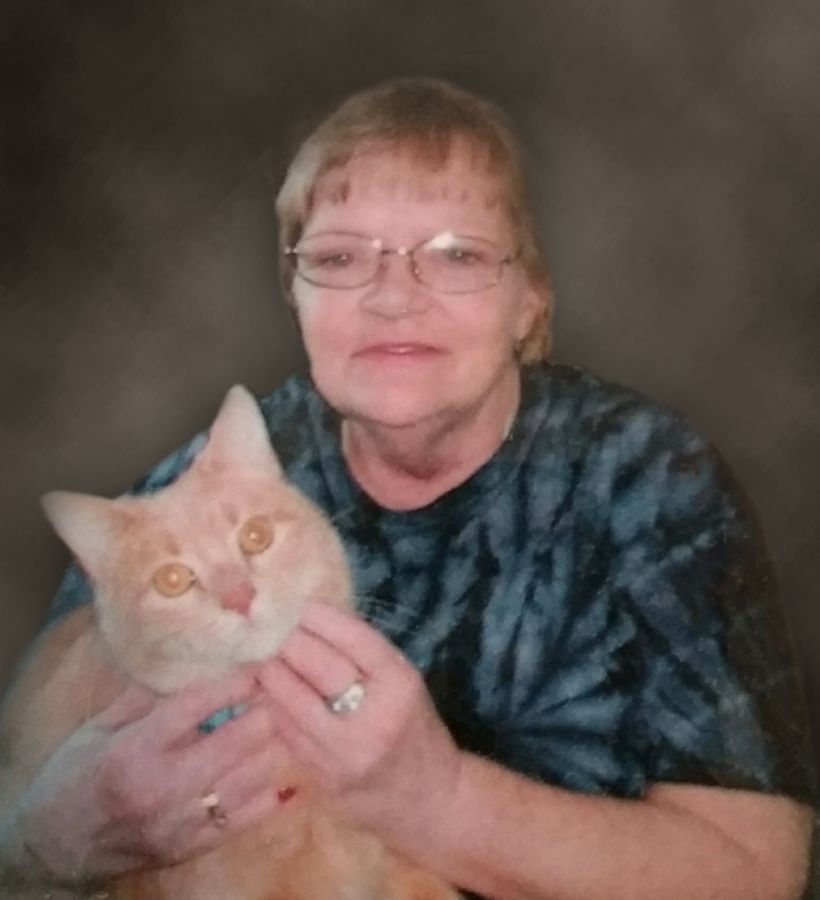 A memorial service will be held at 2:00 p.m. on Tuesday, June 15 at Oakcrest Funeral Services in Bancroft, Iowa. Visitation will be one hour prior to the service. Inurnment will be at a later date in Glenwood Cemetery in Goldfield, Iowa. In lieu of flowers, memorials can be directed to the Hospice of the Heartland.

Penny Sue (Lenning) Goates was born August 30, 1961, in Hawarden, Iowa the daughter of Edwin and Patsy (Frost) Lenning. She grew up in Goldfield where she attended Goldfield Community School. After receiving her GED from Eagle Grove High School in 1979 she moved to Salt Lake City, Utah where she attended Salt Lake City Community College for two years, studying to become a paralegal. She worked for Eastern Airlines in Salt Lake City and later for a law firm in Clear Lake, Iowa as a paralegal.

She was united in marriage to Kent Douglas Goates on June 16, 1979, in Salt Lake City. To this union, they had three children, Candice Marie, Cory Douglas, and Walker Ryan. They later separated.

Penny enjoyed watching movies and TV, traveling while working for the airline and being with family. Her favorite job was being a mother and grandmother. She loved her cat, Mason.

"Penny was my neighbor and my friends little sister. Beautiful little curly haired blonde. She had a lovely family and will be greatly missed. My condolences to Deb, Dave, Chuck, Patty, Eddie. Sending my prayers, hugs & love to all of you. LaDonna (Deal) Steil"