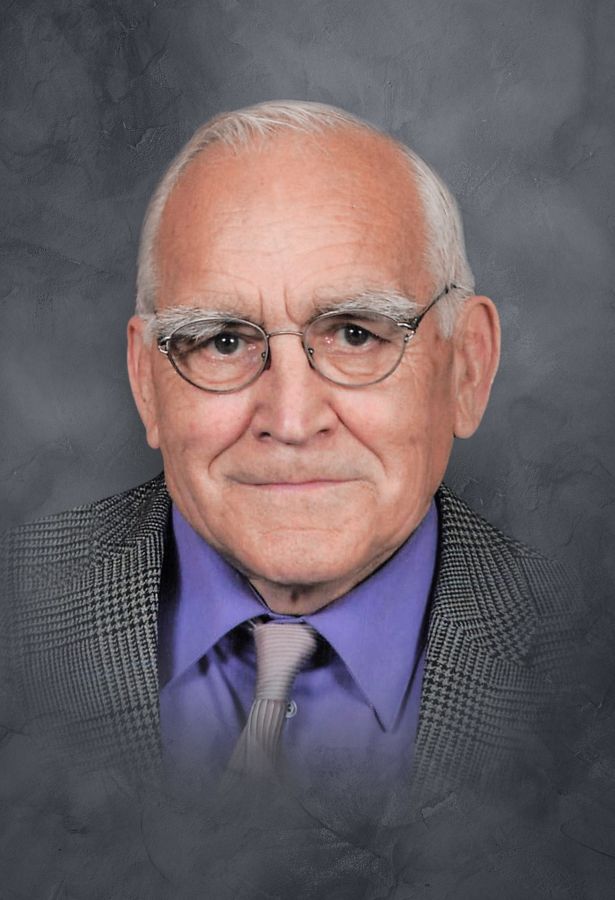 Melvin George Holdsworth was born November 30, 1930 to the late Edward and Emma (Jurgensen) Holdsworth in Tennant, Iowa. He received his early education from the Tennant school and later graduated from Manilla High School.

After graduation, Melvin was drafted in the United States Army where he was stationed in Germany during the Korean War until his honorable discharge on January 21, 1954.

On December 16, 1951, he was united in marriage to Clarion Evers at Zion Lutheran Church in Denison. They made their home on Melvin's family farm near Manilla where they raised their three children: Randall, Rhonda and Diane. Melvin farmed his whole life and he received Conservation and Century Farm Awards.

Melvin and Clarion loved to travel, they spent a month in Alaska and enjoyed their trips to Branson and camping at Lake Okoboji. He had a knack for displaying all of his unique findings over the years. Melvin was an avid collector; whether it be tractors, old farm equipment, advertising ash trays or oil cans. He enjoyed wood working and would restore old furniture. He was always there lending a helping hand to anyone in need. He had a strong faith in the Lord and loved his family more than anything, especially his grandchildren.

Melvin passed away Sunday, June 6, 2021 at Eventide Lutheran Home in Denison attaining the age of ninety-years, six months and seven days. In addition to his parents, he was preceded in death by his children: Randall Holdsworth and Diane Wiener; siblings: John Holdsworth, Helen Barrett, Eddie Holdsworth and Grace Tindall.

He is survived by his loving wife of 69 years, Clarion Holdsworth of Denison; daughter: Rhonda and her husband Doyle Slavik of Schleswig; son-in-law: David Wiener of Logan; grandchildren: Jessica and her husband Jordan Thistle of Mingo, Iowa, Elizabeth and her husband William Greer of Ames, Iowa and James Wiener and his fiancé Shaylee Arp and their daughter Ava of Harrisburg, South Dakota; other relatives and friends.

"My deepest sympathy goes out to Melvin's family. He was a wonderful man, who loved his wife and family deeply! He was always kind, and had a smile that would warm my whole heart! Sending hugs, and prayers for peace and healing."

"Rhonda and family. You have my deepest sympathy on Melvin's passing. Kent and I and our family were farm neighbors for many years. Played cards a few times and always enjoyed visiting with both of your parents. Keeping you in my prayers. Sandi"