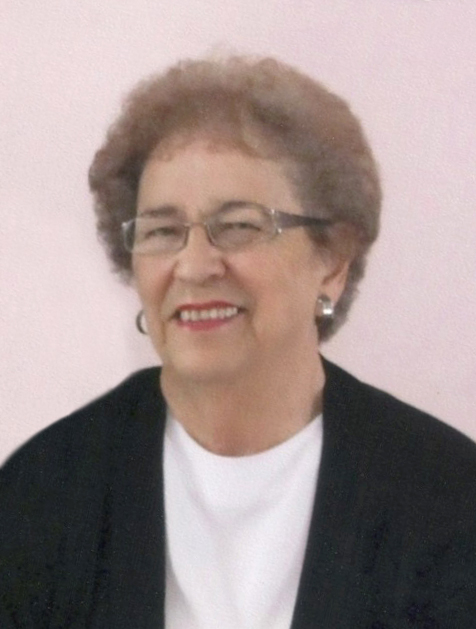 Mary Ann was born on December 1, 1933 in Britt, Iowa, the only child of Herman and Mary Lolling Nordman. She grew up on a farm near Wesley where she lived nearly all her life. After attending a one-room country school, she moved to Titonka High School and excelled at academics, drama, music, and band. After graduating as salutatorian in 1952, Mary Ann worked at the Titonka Savings Bank.

In 1954, Mary Ann met Ernest Allen Van Weelden of Oskaloosa, Iowa on a blind date. They were married on November 11, 1955 at the Woden Christian Reformed Church. Mary Ann and Ernie settled in Des Moines where Ernie managed a Thriftway Grocery Store. In 1957, Ernie and Mary returned to the family farm, where they successfully farmed until their retirement in 1994. They raised three children, including David Jon, a special needs child. Mary Ann served for several years on the Board of Directors for Exceptional Opportunities, where David lived for ten years.

Mary Ann professed her faith at an early age and was a tireless servant for her church. From her teenage years until just three years ago, she was the organist for her church and for Maranatha Christian Reformed Church in Mesa, Arizona. She was a gifted pianist, speaker and writer. Her humorous presentations at bridal showers, programs and special events were legendary.

Mary Ann enjoyed entertaining, reading, working crossword and Sudoku puzzles, playing cards, fishing with Ernie in Canada and her many friends. She never missed her children's programs at school and in college. For 20 years, Ernie and Mary Ann wintered in Mesa, Arizona, stopping in Omaha and Texas to see the grandkids. Mary Ann loved God, her husband and her family.

"Sorry for your loss, you have our sympathy and prayers "