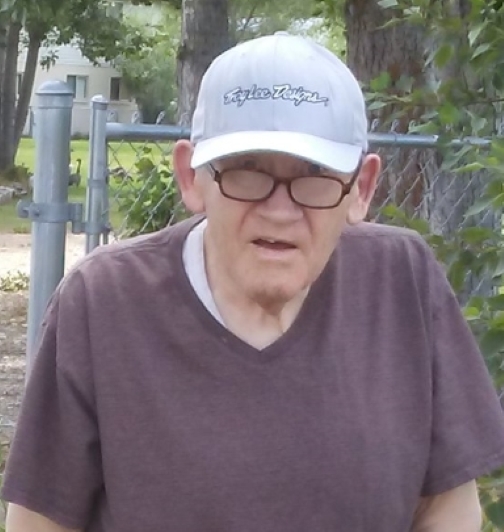 J Howard (Howie)Taylor was born on January 14, 1946, in Preston, Idaho to Joshua Harris and Leah Maude Carter Taylor. He was the 5th of 6 children. He grew up in Clifton, Idaho, and graduated from West Side high school in 1964. He was very quiet and shy but liked a good practical joke which he often played on his friends and co-workers. Howie loved anything outdoors. He had horses, motorcycles, and snowmobiles to get to the mountains during any season of the year. His oldest brother, William, was like a second father to him and would take the younger brothers hunting. Howie also enjoyed fishing and would take his nephews to the river to fish. He taught them where to get the best bait. Howie was also a favorite uncle as he would take the kids horse riding, biking, or snowmobiling. Howie was a meat cutter most of his life and worked at Utah State University for over 19 years. When the university switched over to pre-packaged meat, he became a USDA meat inspector in Hyrum, Utah.

Howie finally met a young lady at age 36 to start his own family. He and Kathryn Kromis married and soon became a family of 5 with three sons; James Allen, Joshua Howard, and Joseph Adam. They lived mostly in Dayton, Idaho and all three boys graduated from West Side High School. Tragedy came to the young family when their mother passed away unexpectedly in 1989. Howard raised his sons alone with help from the small community. He was a fun dad. The boys grew up riding bikes, snowmobiles, horses, and going hunting. They always had time for a yearly camping trip to Yellowstone or Tetons, etc. Howie was a great cook. Often, mothers at school would ask for his secret for his famous chocolate chip cookies. He would also brag how quickly he could have dinner ready for the family after church. Dinner would be on the table 10 minutes after getting home. Usually a nice roast with potatoes, etc. This "meat man" knew how to cook meat. Howard was active in the church of Jesus Christ of Latter-day Saints and served a two-year mission to the Central States. He served in several capacities, the last being as a stake finance clerk and priesthood teacher.

In 2001 and after many years of being a single dad, and just the guys in the home, Howard was introduced to Dawn Belt Willes, via mutual friends, Lisa Sears and Betty Jo Mumford. Dawn lived in So. California, so there would be no pressure to date, etc. Well, after a few exchanges via "cyberspace," Howard said something happened and they were soon making plans to meet and marry. But another tragedy happened on New Year's Day 2002. Howard was in a serious snowmobile accident. This was cause for, Dawn to come up and meet the man she would eventually marry for the first time while he was in the hospital. Undeterred, Howie and Dawn Belt were married in June of 2002, by his brother Alan. The marriage now brought Dawn's two daughters to add to the all-boys household. It was quite the change for all. They were sealed in the San Diego temple the following June. Howard was permanently disabled from the accident but the family was able to adjust.

In 2010, Howie was diagnosed with Lewy Body disease. This disease caused many challenges and in 2015 it became necessary for Howie to go into a nursing home. Howie was finally able to come back home in 2017 with the care of a personal CNA, his own son Joe who volunteered to care for his dad. This was the true labor of love until Howie's passing. The family was truly blessed and is eternally grateful to Joe.

Funeral services will be held on Tuesday, May 25, 2021, at 12:00 noon at the Dayton LDS Church. Family and friends may visit on Monday, May 24, from 6 pm - 7:30 pm at the Franklin County Funeral Home, 56 S State Street, Preston, and on Tuesday, from 10:30 am to 11:30 am, at the church prior to services. Interment will follow in the Dayton Cemetery.
The funeral service will be live-streamed and recorded to view follow this link: https://youtu.be/02MNlrhVSDo

Please share a favorite memory or offer condolences with the family by leaving a tribute on this page.

"Dear Taylor Family, The Porters have been very blessed to be neighbors and friends with the Taylors. We all loved "Howie". He was so kind and soft-spoken and his Taylor sense of humor always left us smiling and usually laughing out loud. We all enjoyed working with the Taylor boys on the farm. You were such hard workers and fun to be around. Howard was truly an example to all of us. He dealt with so many trials in this earthly life. I am so happy for him that he is rejoicing in reunions with those who have gone before and experiencing a renewed body. I'm sure J Howard Taylor was received in Heaven with a - "well done". Janet Porter Henderson"