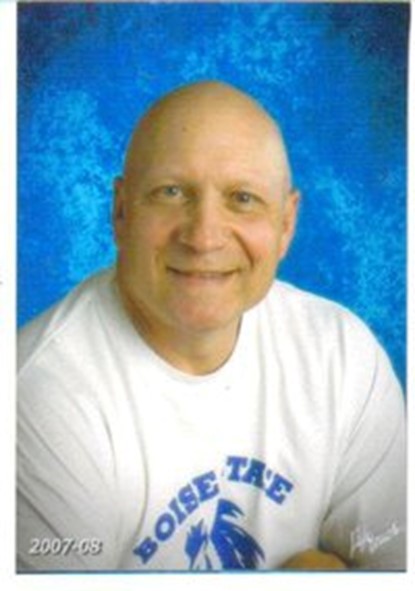 Kirk Clifford Hoff
7/25/1952 - 8/11/2020
Kirk Clifford Hoff, 68, went to be with Jesus on August 11, 2020 with his loving wife of 47 years by his side. He had sustained a brain injury after blood loss during a bypass surgery.
He had a fulfilling life, filled with adventure; dedicated to God.
Funeral services will be held at 1:00 pm, Monday, July 12, 2021 at Northwest Christian Church, 19820 Scriber Lake Rd, Lynnwood, WA 98036.
Kirk was born in a military hospital at Fort Wainwright, Fairbanks North Star Borough, Alaska on July 25, 1952. It was known as Ladd Air Force Base at the time. His mother, Marilynn, was with his grandparents in Fairbanks while his father, Clifford, was in France during the Korean War. Clifford left for the war a month before Kirk was born and wasn't able to see his firstborn son until Kirk was almost a year old.
Kirk was an honor graduate and football player from Frazee High School (Minnesota) and went on to obtain his first Bachelor's degree at the University of Alaska, Fairbanks and his second Bachelor's degree at the University of Washington. He obtained his Master of Science in Teaching at Portland State University, and his Principal Certification at Heritage University.
Kirk began his teaching career in Fairbanks, Alaska after he toured and sang professionally. His first musical group was in High School called "The Unrelated Three" with Neil Wothe, and Val Bruhn. He then formed a group, recorded, and toured with his brother, Kyle and Paul Reyman in a group called "The Shades of Christ" and then toured and recorded in Nashville with Dove Award winner, "Teddy Huffam and the Gems." He had several other un-named groups along the way.
Kirk left his teaching job in Alaska when he was asked to come teach at Crossroads Christian School (formerly Montavilla Christian School) where he also coached basketball and football and eventually became principal. He went back into public school after the birth of his last daughter and taught English including Honors, College Prep writing and speech and coached Football, Softball and Knowledge Bowl at Morton High School and was also the Drama instructor. Napavine School District recruited him to teach English, Speech, & Advanced Placement classes, and turn their sports program around. He said "give me two years" but the first year the team received a police escort as they left town for State Football competition in the Tacoma Dome. Someone placed a sign as they were leaving: "the last one out of town, turn out the lights." Kirk was a gifted motivator which contributed to the success of his teams. Over the years, Kirk's Softball and Football teams went to state many times and came home with state titles multiple times. He even got to coach his daughters, and they loved playing for their dad; they absolutely adored him, and they excelled under his training.
Kirk loved the kids and they knew it. They flocked to his room during lunch and he was a father figure to many.

Kirk also served in the church wherever he lived. He was an elder for 17 years at Centralia First Christian Church.

Kirk and Charlotte (Farnsworth) met while they were children in Fairbanks, Alaska when Charlotte's family was visiting family in Alaska, and they climbed trees together along with their siblings. Later, when Kirk's family moved back to Oregon, Kirk and Charlotte saw each other during summers and after they graduated from high school, they began writing to each other. They married on June 9, 1973 and made their home in Fairbanks, Alaska. Kirk and Charlotte were blessed with three daughters, Kirstin (Kirk) Jones of Bothell, WA, Shonnie (Bill) Hamilton of San Antonio, TX, and Brittany (Sam) Gill, missionaries in Pakistan. Kirk dearly loved all ten of his grandchildren and they loved him: Jaice Jones, Dalton Hamilton, Charis Jones, Macall Hamilton, Payton Jones, Rowen Hamilton, Braxton Jones, Amelia Gill, Savannah Gill, and Esme Gill.

Kirk wrote about his father "Cliff lived his life so that his descendants would follow his example." This holds true of Kirk himself. "I have no greater joy than to hear that my children are walking in the truth."
3 John 1:4
Kirk always said he wanted "Aint No Grave" by Russ Taff played at his funeral, so those words are inscribed on his Grave Stone. "Aint No Grave Gonna Hold This Body Down"

"Your goodness and unfailing kindness shall be with me all of my life, and afterwards I will live with you forever in your home."
Psalms 23:6 The Living Bible


Memories and condolences may also be shared with the family on Kirk's memorial Facebook page (In Memory of Kirk Hoff "The Hoffster") at https://www.facebook.com/groups/323608115449800

"Kirk was a wise man and a wonderful husband, father and grandfather; I treasure the life I shared with him" ~ Charlotte Hoff