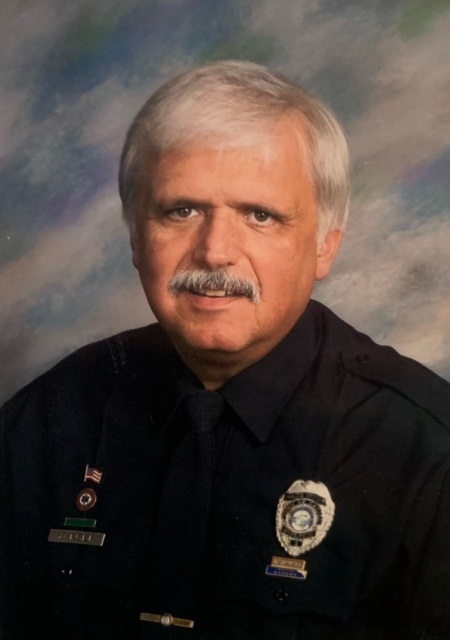 Stephen Yaeger was born and raised in Stamford, CT. He received is education at St. Mary's Catholic School and Catholic High in Stamford and Iona College in New Rochelle, NY.

Anyone who met Stephen, on duty or off, immediately recognized his love and respect for people. He made friends wherever he went. If you got a ticket for speeding from Officer Yaeger, you must have had the "pedal to the metal".

Stephen was preceded in death by his father, Stephen J. and his mother, Olive. He is survived by his wife Donna, his two daughters, Kristi Oquendo and her husband Ron, Keri Trani and her husband Anthony and his sister Sally Ann Putney and her husband David. Stephen was also blessed with five beautiful grandchildren, Mercedes Oquendo, R.J. Oquendo, Savannah Oquendo, Tony Trani, and Nicholas Trani. Two nephews and one niece round out his loving family, Mary Rasmussen, James Farrell and Jordan Putney. Family meant everything to Stephen.

Stephen loved playing sports growing up and as the years passed, watching all his children and grandchildren enjoying the same sports he once loved. His other passions included the Dallas Cowboys, fantasy football, playing poker, time at the beach with family, pool time with friends and just a passion for all life had to offer. He always had a smile for everyone!

Stephen was a lifetime member of the Knights of Columbus, belonged to the Piedmont Association and was an honorary member of the Noroton Fire Department in Darien, CT.
He will be greatly missed and will remain in our hearts forever.

In lieu of flowers, donations to the American Leukemia and Lymphoma Society would be appreciated in his honor. Please follow the following link.
https://charity.gofundme.com/o/en/campaign/in-memory-of-stephen-yaeger