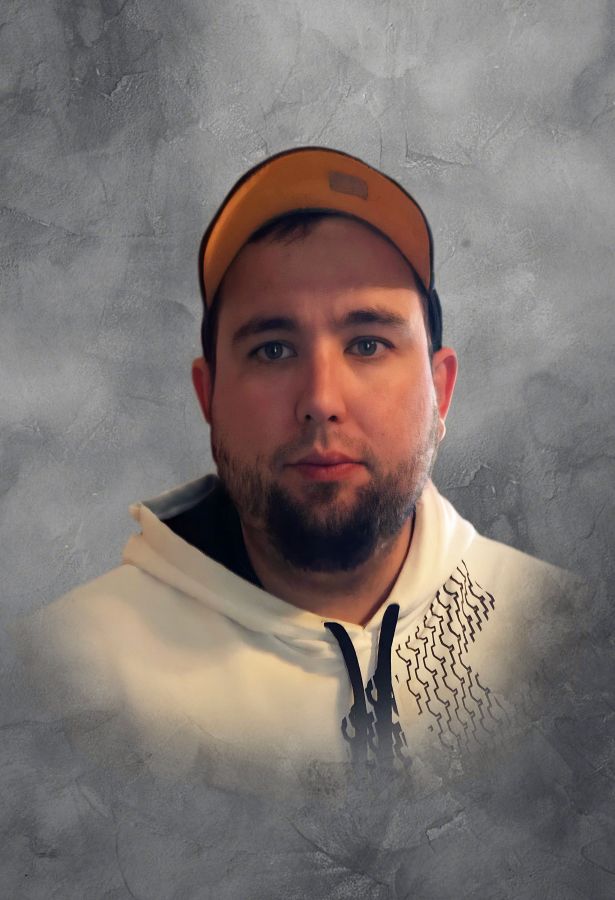 Thomas Quenton Plagge was born April 16, 1985 to Myron Plagge and Margaret (Akers) Carstensen in Denison, Iowa. He graduated from Charter Oak - Ute High School with the class of 2003. Tom worked at Liberty Foods in Smithfield for his work study his senior year. During the summer, Tom would detassel and work for his dad just to purchase his first vehicle, Old Blue.

After graduation, he became employed at Smithfield where he has been employed for the last 16 years. On April 5, 2012, Tom was united in marriage to Blanca Piceno. They made their home in Denison with their three sons: Angel, Marshall and Nicholas.

He enjoyed hunting, fishing, grilling and sitting by the fire with his boys in is free time. He was an avid Pittsburg Steelers fan. His favorite holiday was fourth of July and he loved sitting and watching fireworks. He loved his family more than anything, especially his wife and their three boys.

"R.I.P. BIG GUY. THOUGHTS AND PRAYERS TO THE WHOLE FAMILY. JUST REMEMBER ALL THE GOOD TIMES THAT YOU HAD WITH HIM. I KNOW THERE WERE LOTS"

"I watched you grow into the man you became and I am so proud of the loving husband and father you became. I love you and will miss you. So until we met again RIP my sweet nephew."

"It was a pleasure having Tom as a student at CO-U. He was an excellent student and a quiet good influence on others, qualities that must surely have made him the wonderful father he was to his three sons. Sympathies to all of Tom?s family. Be strong in your faith. Linda Nepper"

"This all seems so unreal. You were always one of my bratty little cousins. As a kid - you irritated me, annoyed me, made me laugh. I remember how we would play Tomb Raider for hours on end until we finally beat that damn game. I?m proud of the man you grew to be. You were a great Dad to those boys and no one would argue how proud you were of them. You were generous and would help out anyone in need. Seems like it?s all gone by now in the blink of an eye but I know we?ll all cherish the memories we have and we?ll all be there for Blanca and the boys if ever they need anything. Love you and miss you and things won?t be the same without you. "

"You were a true genuine soul Plagge...always putting others first! Truly one of a kind. We grew apart over the last ten years but I?ll definitely never forget the times we shared before that. I?ll miss the occasional running into you at hy-vee seeing that beautiful smile. I know you were proud of the family you created...keep watching down on them. I love you Plagge! Love Bissen "