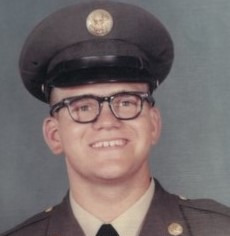 He was brought to Arizona when he was 6 months old by his parents, Robert and Jessie Leister. He lived most of his life in Phoenix.

He served in the Army from 1967-1969 during the Vietnam War. He was awarded the Purple Heart.

He was married to wife, Frances for 52 years. He had a son, Thomas and daughter, Merry, their spouses, Carolyn and Mitch. He had 7 grandchildren, Brianna (husband Tyler), Kate (fiance Anthony), Millie, Robert, Sara, Kennedy and Calvin. He is survived by his 2 brothers, Steve and Randy. His oldest son, Charles, predeceased him in 2017.

"We send our thoughts and condolences to all the family. 'The Wardon Family"