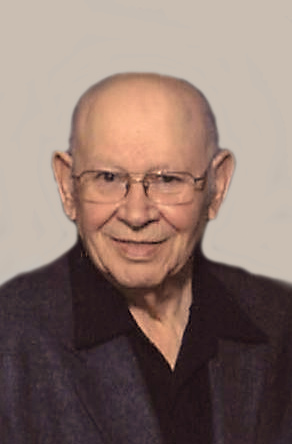 Masks and hand sanitizing are required at the funeral home & church.

Vito's life story will be shared during his visitation, Friday, April 30th, 6-9 PM at the funeral home, 1411 Vintage Lane (Between 390 & Long Pond Rd.). His Funeral Mass will be celebrated, Saturday, May 1st, 9:30 AM at St. Theodore's Church, 168 Spencerport Rd., immediately followed by his burial in Holy Sepulchre Cemetery. Those wishing may contribute to a charity of one's choice.

Vito was born May 29th, 1929 to John and Mary Piccarreto and was a brother to Jim, Carl, John, and Joe. He graduated from Jefferson High School Class of 1947.
As a child, Vito enjoyed fishing, swimming in the canal, raising chickens, and had a goat named Nanny for a pet. They also had rabbits. The two rabbits were put together and soon there were baby bunnies. Once while riding his bike to go fishing, he ended up with a flat tire and started walking his so Uncle John Caterino found him and brought him home. Expecting a punishment from his father, instead his father says, "you have to deal with your mother that's punishment enough". It wasn't easy keeping five boys in line.

As a teen he worked in a bakery and in a movie theatre. His first car was a Chrysler. Vito worked as a mason, plasterer (took pride in his swirled ceilings). He owned his own home building business, Pic Construction, Inc. He was a self-employed carpenter, Real Estate Broker, and managed Mangurians warehouse. He continued to do small, odd jobs into his seventies.
On February 14, 1953, Vito married Pierina Santillo. They had four children together, Linda, Gary, Mark, and Vita. Sadly Pierina passed away in 1976. Years later he met Ruth Corey while working for Mangurians. The two married in 1988. Ruth has two children, Deborah, and Bill. Vito he was tough as a father, when he spoke you stopped in your tracks, all can say he did mellow with age. Many think the grandchildren did that. Also, he was terrible at helping the children with their math homework. He could get the answer but couldn't tell you how he got it.
Vito enjoyed vacations to Florida and Las Vegas to visit family, and weekend trips to the Castle in Olean with the neighbors. Family was very important to Vito. They will always remember Christmas eve and Christmas day with as well as birthday celebrations. When his first granddaughter was born, Erin, he would come over on his half day from his Mangurians job to spend some time with her. He loved seeing his grandchildren and was so proud of all of them. He always would ask "how are the kids?"

He loved camping. He bought his first camper in 1968. We enjoyed a couple of camping trips that summer, but it was mainly used while building the cabin in the Southern Tier with his brothers Jim and Joe. The cabin was very special to him. He started deer hunting which he enjoyed; he even got a deer a few times. In later years he used to go up and cook for the guys. He enjoyed the time spent with his son, Gary, his nephews, and friends more than hunting. He always enjoyed fishing, especially for bullheads. He used to go for smelt every year with our neighbor Mike. His nephew Alan had a boat and he enjoyed spending time with him on his boat and at his cottage on Lake Ontario. They took trips over to Toronto on the boat.
He and Ruth enjoyed camping for many years. He was so proud of his camping Trailer. They were gone most of the summer. He used to enjoy sitting around the campfire, drinking coffee with his "special" cream.

After he retired, he bought himself a guitar and taught himself to play, although he would not perform for anyone.
He would watch cartoons with his children when they were young. He would be ready to leave for work and he would stop and watch the cartoons with them. Then they would hear him say "what am I doing I have to go to work." He enjoyed the old Western movies, JAG, Matlock, The A Team and comedies.
He would sing a Bushel and a Peck to Alexa. He liked Dominick the Donkey. After Church on Sundays, he would put WSAY on the radio and would listen to the Italian Hour.

He always said "Sumunagoinyia." and it got a laugh from the grandchildren. Recently if you asked him how he was he would always say "not bad for an old man". If you told him to behave, he would say "do I have to?" He was a good sport and could always take a joke. He did have a short temper and didn't trust everybody but would give the shirt off of his back to family and friends. When driving somewhere, he would be pointing to various houses and you would hear "I plastered that one, I built that house or Uncle John worked on that one."

He was a very detail-oriented carpenter and took pride in his work. He could be the life of the party-- "scorcher". He was the one that got thrown in the pool at pool parties. Family was everything to him. He liked nothing more than being together with family.

"Ruth - We are so very sorry for your loss. Thinking of you and your family. Ralph & Luanne Brando Ercolano"

"We are so sorry to hear of our dear cousin Vito\'s passing. He has left many great memories with so many of us, especially when he visited Florida with Ruth and they stayed with us for a few days. Many laughs and Good Times. May God bless the entire family and may He rest in peace. Love, Frank and Janice"