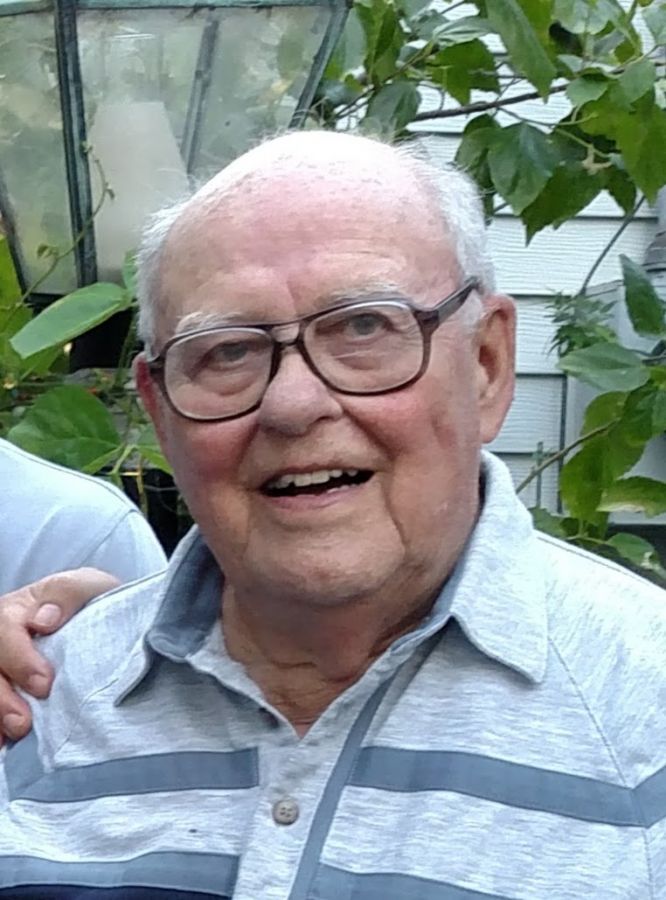 Francis Eugene Evans, 92, passed away Monday, April 26, 2021. Francis was born to Frank and Della (Pearce) Evans in Olney, Illinois. His early life was from another era - he lived on the family farm in Flora, Illinois, as an only child and attended East Seminary School, a one room schoolhouse, through the 8th grade. They farmed their 160 acre farm by horse until Francis graduated as the valedictorian of his high school. He went to DePauw University for his Bachelor of Science, where he met the love of his life, Mildred. Mildred and Frank were married in Flora, Illinois, in 1950, before they went to Michigan State University, where both graduated with degrees in Chemistry. Francis was a career research chemist for Allied Chemical from 1955 - 1991. With over 200 patents for chemical procedures, he was instrumental in developing synthetic indigo dye for jeans, fire retardants for textiles, formulas for foam, ablative heat dissipation materials for early spacecraft, and pheromones for orchard pests. Outside of work, he was a father to four kids, a rock hound, and an avid gardener. After his retirement he became a Master Gardener and spread his love of gardening to many at the local farmers market in Hamburg, NY. In addition to the traditional neighborhood zucchini distribution, he gave his neighbors much of his bounty of tomatoes and blueberries. He was never far from his farm roots - he was an avid tracker of weather and loved to share his wealth of knowledge on many topics with anyone who would listen.
Francis was preceded in death by his beloved wife Mildred in 2008. He is survived by his four children Glenn (Sarah), Cindy (Jon), Anita (Richard), and Brian (Agnes); eleven grandchildren, Ginny, Nat, Zach, Rachel, Anna, Jake, Charlie, Ben, Sam, Vikash, and Nilam; and two great-grandchildren, Charlotte and Adeline.
There will be a celebration of his life at a later date. In lieu of flowers, please donate to the Erie County Master Gardeners organization (CCE Erie, Attn: Master Gardeners, 21 S. Grove St., East Aurora, NY 14052; in memory of Francis Evans) or the charity of your choice. Arrangements have been entrusted to the College Park Chapel of Armes-Hunt Funeral Home and Cremation Services. Online memories and condolences may be shared at www.armeshuntfuneralhome.com.

"Fran was a fellow Master Gardener. He was a true gentleman who graciously shared his vast knowledge of horticulture with others. I enjoyed his kindly sense of humor and manner of teaching so many aspects of his gardening expertise."

"We are sorry for your loss. Fran was a great influence to us when we set up our flower stand near him at the Hamburg Farmers Market. In his kindly way, he advised and encouraged us to try new ways and avoid pitfalls. We cherished a pair of white gloxinnia in our livingroom window, that he started from seed eighteen years ago. We will miss his friendship and generosity."

"I met Fran in the Master Gardener program many years ago. I remember one time going to his house to pick something up and he showed me all the flats of seedlings growing in the basement. He was one of my go to MG?s for soil pH clinics. It was a pleasure to know him and he will be missed. My deepest condolences to the family. "