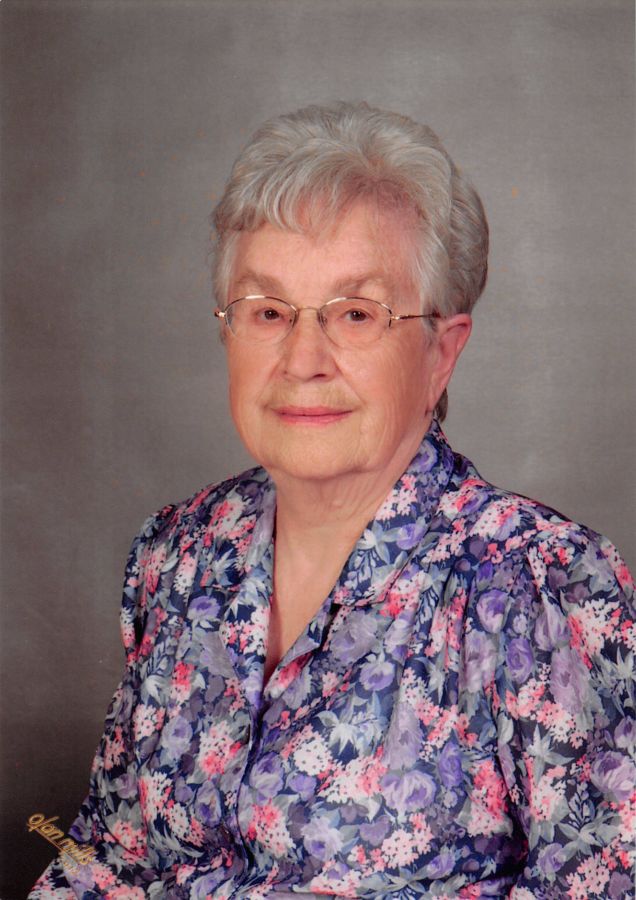 Alvina Josephine Delperdang was born June 28, 1926, in West Bend, daughter of John and Helena (Zeimet) Kemna. She grew up in West Bend graduating from West Bend High School in 1944. She was married to Gordon Delperdang on January 15, 1947, at St. John's Catholic Church in Bancroft. They lived in Cleveland, OH and Lafayette, TN for a short time before moving back to Bancroft.

Alvina did home babysitting for a short time and then worked at Welp's Hatchery for 22 years. She loved playing cards, crocheting, and sewing. She was a member of St. John's Catholic Church active in the Altar Society and the C.D. of A. She also was a Cub Scout leader in earlier years, a member of the Bancroft American Legion Auxiliary, and a member of the Kitchen Klatter Band.

"So many wonderful family reunions at Delperdang house. Aunt Alvina made it truly special. We are so sorry for the loss of a very loving Aunt. The Stiles family - Cleveland, OH"