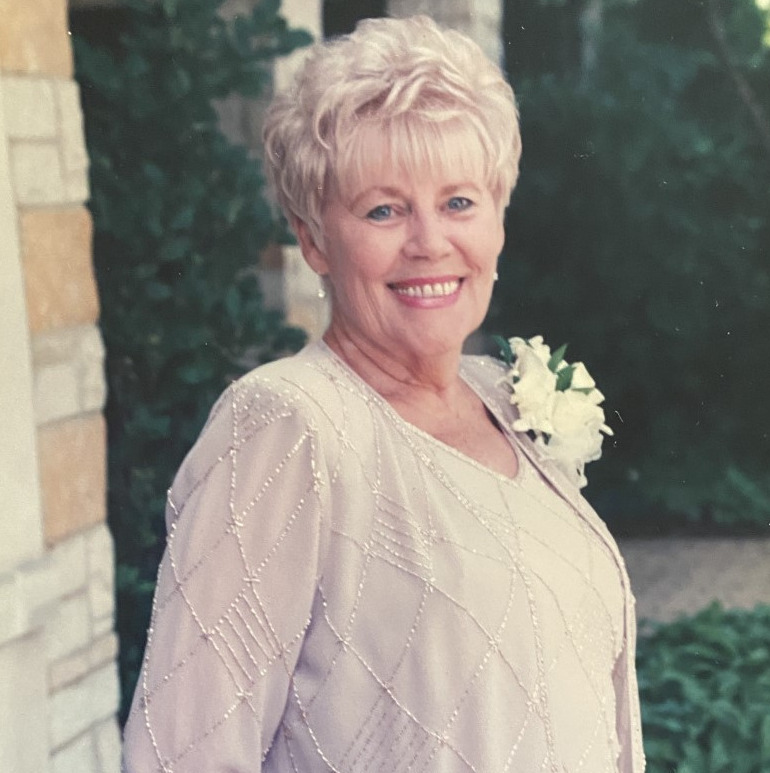 She was the widow of second husband Robert (Bob) Smith originally of Philadelphia, PA. They shared marriage for over 25 years together. Born in Chicago, Illinois on January 22, 1933, Pat was the daughter of John Spears (a WWII Navy Veteran) and Eleanor Russell. She was a graduate of East Leyden High School in Franklin Park, Illinois. After high school Pat spent several years employed as a dental assistant in Franklin Park, IL and later in Cape Coral, FL. Then worked in property management in the northwest suburb of Chicago.

Pat deeply loved three things in life; her Lord and Savior Jesus Christ, her children, and her pet dogs. Jesus came first in her heart followed immediately by all her children, grandchildren, and great-grandchildren. Each of her children held a special place in her heart that only that child could fill. And each of her children could do no wrong in her eyes! Her children were everything to her. Even in her last days, she would ask about each one and treasured each and every visit from them. Pat was an avid bowler having been a member of local bowling league teams in the Chicago suburbs and Leesburg, FL where Pat and Bob lived many years. Pat and Bob enjoyed entertaining their kids and grandchildren on Bob's pontoon boat on the lakes and waterways of central Florida. She will be remembered for her strong work ethic having co-owned the LeMar Motorlodge in midtown Fort Myers, FL in the late 1960's with her first husband Ken Ede, originally of Chicago, IL. Pat was captain of the high school cheer squad and a homecoming court attendant. Athletically gifted, she was known as a life-long Die-Hard Chicago Cubs and Bears sports fan. Later in life as second husband, Bob, loved playing golf and watching PGA tournaments on TV, Pat became a fan of professional golf and could talk about all the major players on the pro tour. Further, Pat and Bob became veterans at dodging hurricanes in their Leesburg, FL home and tornadoes at their place on Lake Holiday in northern Illinois.

Pat was a courageous caretaker in their later years when husband Bob suffered a debilitating stroke and required her constant personal care for many months before his passing over ten years ago. Then in her mid-eighties, Pat was struck with her own stroke, impairing her speech and overall strength. However, she was determined not to be confined to a nursing facility the rest of her life. Pat was amazing to observe as she did her daily physical therapy regimens, eventually regaining sufficient mobility to return to her own home while requiring in home assistance, much like what she had provided to husband Bob years earlier. Pat's example has set a high bar for those surviving her, of character, trusting in her Lord Jesus Christ while suffering and personal commitment to Him and to her loved ones in good times and hard times.

The funeral service will be held at 10:30am on Friday, April 9th, 2021 with interment to follow at Hansen Desert Hills Mortuary & Memorial Park, 6500 E. Bell Road Scottsdale, AZ. The service will be livestreamed and available to view using the following link. https://vimeo.com/533261533

Revelation 7:17 "For the Lamb at the center of the throne will be their shepherd; He will lead them to springs of living water. And God will wipe away every tear from their eyes." (NIV)