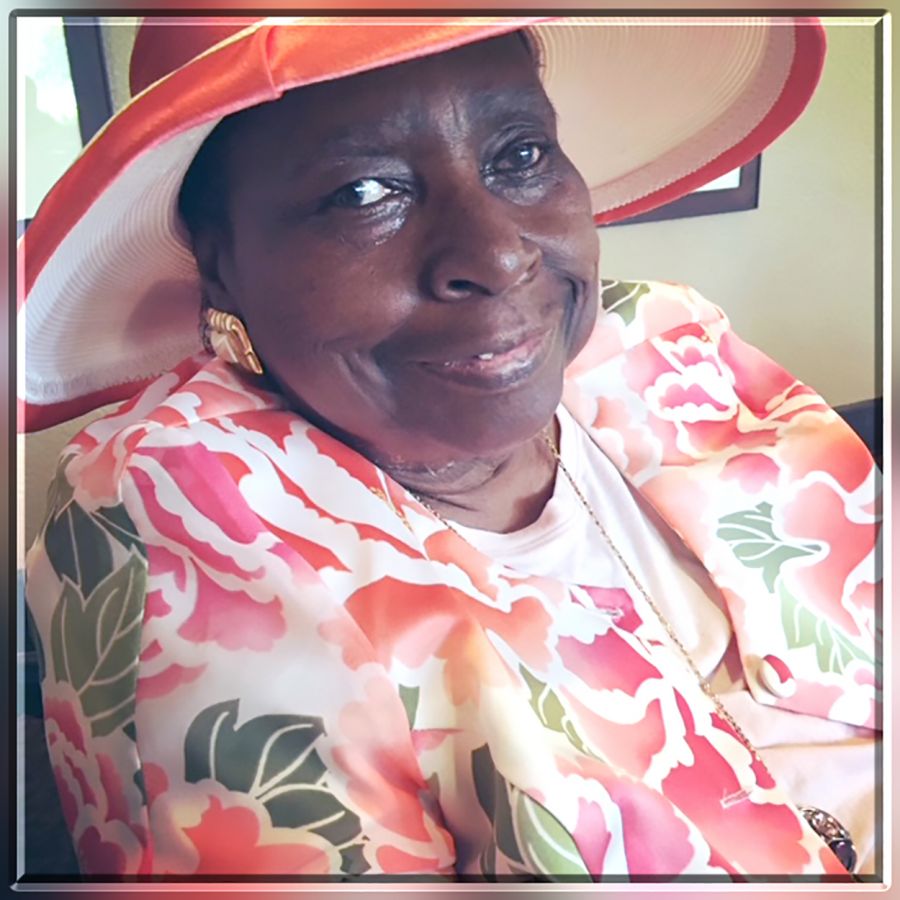 Today we pause in humble submission to the will of our Father in heaven, who in his perfect timing, has called home to eternity one of his own Odessa Jackson. She was named after her mother's sister. Odessa's journey began on July 20, 1945, in Albany, Georgia to Dorothy Lou Harris and Lewis "Pap" Jackson, Sr. She was the oldest of two children.
She received her education in the Dougherty County School System, graduating from Monroe Comprehensive High School in 1963. She attended Albany State College, working in the President's Residence and attending classes until she moved to San Diego, CA in 1965 with her brother, Eddie Lee Jackson, and her mother Dorothy.  Upon moving to San Diego, she worked as a personal secretary before working for Spin Physics in Sorrento Valley. She loved volunteering at Johnson Elementary School, as well as serving on the PTA and the District Advisory Council for San Diego Unified School District.
She accepted Jesus Christ as her personal Savior at an early age, being baptized at Second Mount Zion Baptist Church in Albany, GA under the leadership of the Late Rev. Bailey. When she came to San Diego, she continued to attend churches, eventually becoming a member of Ambassadors for Christ Missionary Baptist Church under the leadership of Rev. Jimmy L. Fuller. There, she was a Sunday School Teacher for the youth, the church secretary, sang solos and cooked on various occasions. She was a very giving person, and she enjoyed serving others.  Odessa had a very close relationship with the Lord. For the past year, she regularly watched the weekly broadcasts of Greater Life Church, and Pastor Nate Stewart. It was her desire to join the church when it opened again.
In 1970 Odessa had her only child, a daughter named Regina Renee. They had a wonderful bond and she was a very attentive and loving mother.
Odessa worked with her mother, Dorothy who operated Emeral Residential Manor, an adult residential facility that Dorothy opened in 1972. Odessa took over the daily operations in 1991,


working with her daughter Regina and her sister in law Betty Jackson. Odessa ran the facility until retiring in 2008.
Odessa enjoyed cooking and collecting and developing recipes. She was a caterer when she was younger, and even when she could no longer get to the kitchen, she could still tell you how to cook just about anything. She loved Georgia pecans, and loved receiving them from her sisters. She also loved watching cartoons and game shows, especially the Price is Right and Let's Make a Deal. Her grand niece and nephew enjoyed asking her did she see the newest cartoon.
Although in Odessa latter years she had a lot of health challenges, she held on to God's unchanging hands. She was well known for being optimistic and cheerful. She was grateful for every day, and she always checked in on other people, asking them how they were doing. She was always available to talk, and pray for you and tell you that she loved you. Her grandsons, nieces and nephews, and cousins meant the world to her, and she was always smiling.
After a month long hospital stay, she was able to return to her home and be with her family. On Palm Sunday, March 28, 2021, was a gloomy day. That was the day God opened His arms real wide and welcomed His loving child home.  Although Odessa's physical body is gone, she is still with us and will live in our hearts and minds forever.
Odessa was preceded in death by her mother Dorothy Lou Harris and father Lewis "Pap" Jackson, Sr., brothers, Eddie Lee Jackson, and Lewis Jackson, Jr.
She leaves to cherish her wonderful memories: her daughter, Regina Renee Jackson-Patton, her grandsons, Jamorrius Hollins, Keion Patton and KaJahn Patton. Her sister in law, Betty Jackson, a brother, Larry Jackson (Oral), her sisters, Shirley Jordan, Cynthia Battle (Sherman), Gloria Wimberly, Deborah Jackson and Sandra Jackson. A host of nieces, nephews, grand nieces, grand nephews cousins, family and friends who will mourn her passing yet celebrate her life. Sleep on my dear mother, sister, aunt, cousin and friend. Take your rest, we will always love you but God love you best.

"Sending you all my condolences and prayers now and the days ahead. May God give you all peace. We Love you?. Kesha, Kameron, and Kayla ??"