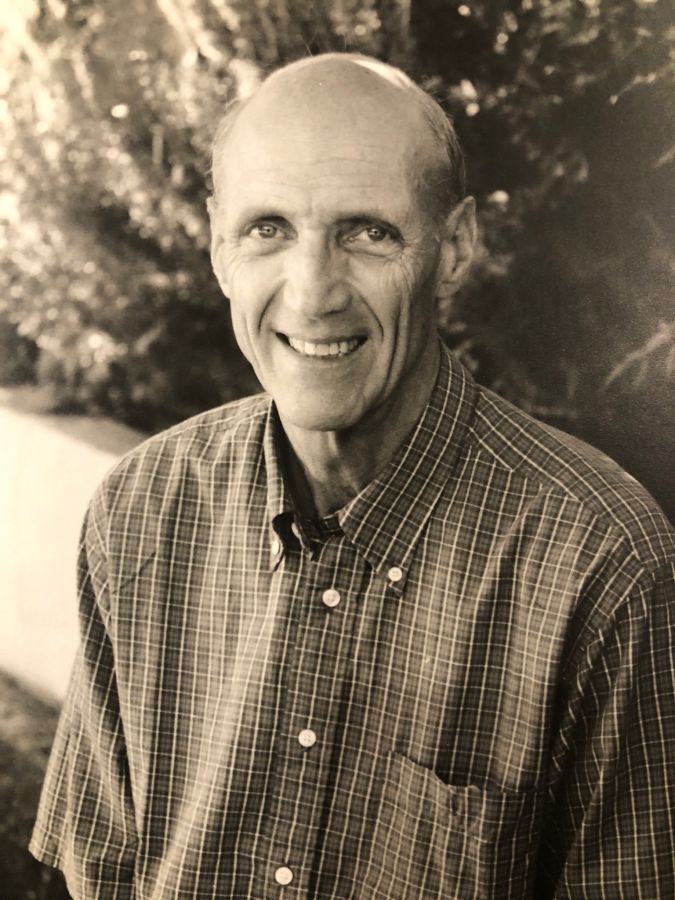 James Worthen Purrington, surrounded by family, passed away peacefully in his sleep from the slow effects of Alzheimer's and the rapid impact of COVID-19 on March 15, 2021.

Jim was born in Ogden, Utah in October 1934, the 10th of 11 children. He was the last surviving sibling. Upon reaching adulthood, he answered his country's call to protect freedom and liberty, put his life in peril, and served at the front and the demilitarized zone between North and South Korea.
He often later quipped that he did all the camping he needed in life during his time in the service.

After his time in the service, Jim attended the University of Utah and earned his bachelor's degree in engineering. Later he attended Cal State Fullerton while working full time and received a master's degree in business administration.

Jim became a resident of Fullerton, California, in 1966 at the beginning of the his career at Hughes Aircraft where he remained until retirement. At Hughes he worked on many important and ground-breaking projects, some of which required a national security clearance. He also held a second career in the army reserves where he worked his way up the ranks to become a colonel. Upon retirement, he looked for other places to live, but his list of requirements all described Fullerton. So he stayed. He lived the rest of his life in the same home that he and his wife bought when they first moved to the city.

He had boundless energy and was constantly fixing and building things, very often for other people and until late at night. Though he never worked in construction or a trade, he could do practically anything: framing, cabinetry, dry wall, wall paper, painting, plumbing, electrical, tile, concrete, masonry, irrigation, landscaping, car repairs, doors, stairs, trim, and on and on. He could cite and do things to code like a journeyman.

Before personal computers were a thing, Jim and a friend from work built a computer from scratch. He even had to bake some parts in the oven. Components were available but no one had yet come out with a whole computer for sale for personal use. Jim built the hardware and his friend wrote the software.They built it to help them keep records for the local congregation of their church. Everything was done on paper then.

Though they didn't plan for it to be anything big, the computer and system they built caught the notice of the greater church or parent organization that they belonged to and it ended up being the prototype for its member record keeping system. It was used world wide by hundreds of thousands or perhaps millions of people over the decades that followed. The membership record keeping system used by the church today looks almost nothing like the one that Jim and his friend developed because of evolution over many new versions and operating systems, but it is essentially a descendant of what they created. They never asked for or expected a penny for what they built.

In the 1970s when the Fullerton School District was on the verge of closing Laguna Road Elementary School, Jim led a heroic and successful effort to save the school. The school still stands to this day and has served thousands of children ever since.

Along with his wife, Jim served a mission for the Church of Jesus Christ of Latter-day Saints in Phoenix, Arizona, in 2001-2002.

Jim leaves behind his caring and affectionate wife of 55 years, Joan; daughters Debora, Vicki, Colette, and Colene; 13 grandchildren; 12 great grandchildren; and many nieces, nephews, and spouses of his descendents. They will all miss him and cherish his memory. Jim was a truly good man who made the world a profoundly better place through his kindness, humility, generosity, humor, and the strong example he set for all of us fortunate enough to have known him.

In lieu of flowers please make donations on his tribute page at Alzheimer's Association:
:http://act.alz.org/goto/James_W_Purrington

"Jim was a good man. We all loved and respected him and Joan. Joan was always a very good friend to me. I?m so sorry for your loss. "