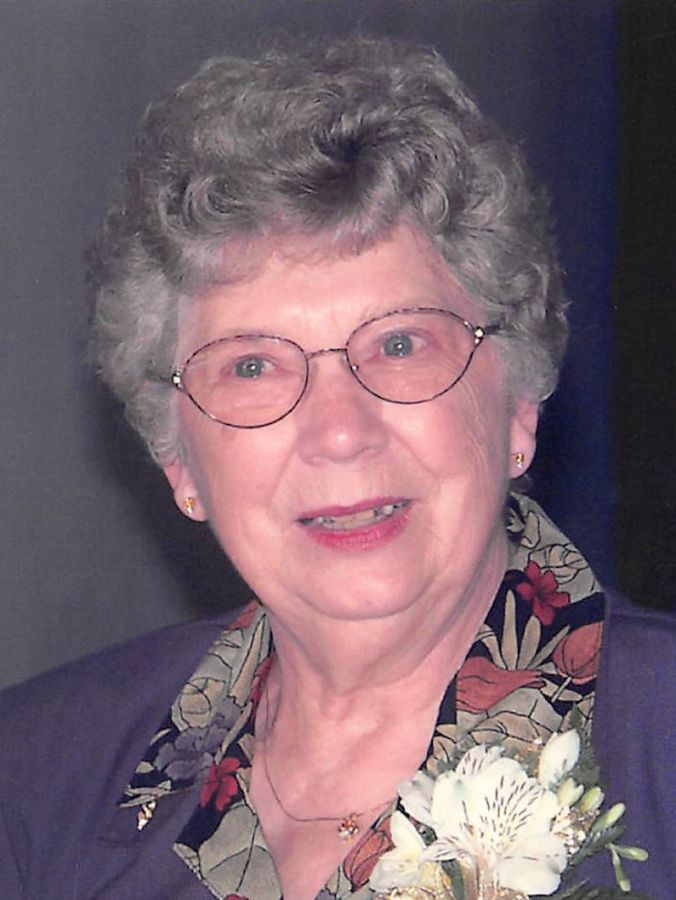 Martha "Marte" Toenies, 93-year-old resident of Royalton, MN died Tuesday, April 6 at the Little Falls Care Center in Little Falls, MN. A Mass of Christian Burial will be held on Monday, April 12 at 11:00 A.M. at Holy Trinity Catholic Church in Royalton, MN with Father Roger Klassen and Father Laurn Virnig officiating. A visitation will be held from 9:00 A.M. until the hour of the service on Monday at the church. The Holy Trinity Christian Mothers/Woman and the Royalton American Legion Auxiliary will pray the Rosary at 9:30 A.M. The burial will be held at the Minnesota State Veterans Cemetery north of Little Falls, MN.

Martha Ann Toenies was born on November 7, 1927 in Melrose, MN to the late Frank and Mary (Altendahl) Brickweg. She grew up in Melrose on the family farm and graduated from Melrose High School in 1946. Martha "Marte" was a secretary for the City of Melrose and later worked as a receptionist at Jennie-O-Foods.

Marte married Alcuin Toenies on July 7, 1951 at St. Boniface Church in Melrose. Together they lived in St. Louis Park for four years where she worked as a secretary and Al worked for Standard Oil. In 1954, they moved to Royalton. Marte assisted her husband, Al in the Standard Oil business as a bookkeeper and secretary until he retired. They were a successful husband and wife team in Royalton. Marte was a longtime member of Holy Trinity Church in Royalton where she was a life member and secretary of the Legion Auxiliary. She was president of the Christian Mothers, a member of St. Kathryn's Mission Group and religious education teacher.

Marte enjoyed traveling, sewing, fishing and agate hunting with her husband, and creating rosaries for missions. She will be remembered as a kind and loving wife, aunt, friend and neighbor.

Left to cherish her memory are her husband, Alcuin Toenies of Little Falls; sister-in-laws, Jen Toenies of Melrose and Phyllis Toenies of Bemidji and many nieces and nephews.
Marte was preceded in death by her parents, Frank and Mary Brickweg; brothers, Norb, Frank Jr., Ray and Clarence Brickweg and sisters, Ann Woeste and Alma Herges.

A heartfelt thank you to the staffs at Bridgeway Estates, Little Falls Care Center, CHI Hospice and St. Gabriel's Hospital for their loving care for Marte.

"Condolences to Al and Family"

"I will miss her dearly! Al, please take good care of yourself as Marte would want you to! I love both of you!"