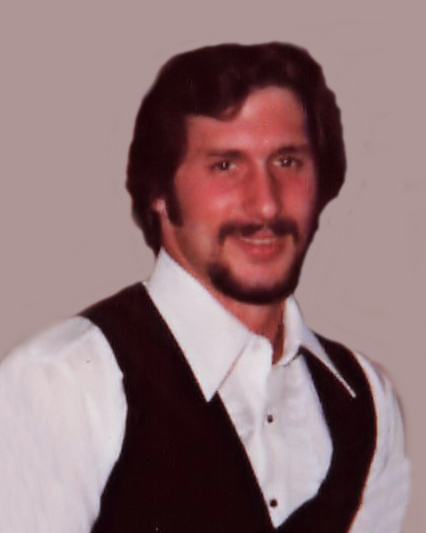 Per NYS regulations all are required to sanitize and wear masks at the funeral home.

Mark's life story will be shared during his visitation Tuesday, April 13th, 5-8 PM at the funeral home, 1411 Vintage Lane (Between 390 & Long Pond Rd.). He will be laid to rest with military honors in WNY National Cemetery.
In lieu of flowers, donations may be sent to Altobelli Family Fund C/O Rochester Area Community Foundation, 500 East Ave., Rochester, NY 14607 or online at www.racf.org/altobelli in Mark's memory.

My brother Mark, in a word is "unforgettable"! And I'm so thankful he is b/c the many memories I have of him will keep him alive in my heart and mind for the rest of my days. Mark was kind-hearted and "never met a stranger", as our mom would say. I always remember him in cowboy boots and blue jeans. He loved the outdoors; camping, fishing, four wheeling and riding motorcycles.

Mark was a very blessed recipient of a liver donated by a family for which he was extremely grateful to and because of their generous gift, mark was able to live life more fully for more years here on earth. And I'm thankful Mark asked Jesus into his heart and is now enjoying heaven because he did!
~ Jackie

Every visit with Dad could be called an adventure. From picnics at the beach to trips to the Renaissance Festival. Even camping was something to remember. I never knew how he was able to get such large campfires! Trips to the ballpark though turned into a place where dad's baby girl was able to give him adventures as well! He always said I kept him on his toes there, when I was younger and loved telling me how I was always on the run.
He spent time trick or treating with his grandchildren. Went to football and softball games and cheered from the sidelines. He would sing happy birthday and wished his grandchildren a Merry Christmas for many years. This... being a grandfather, was his ultimate adventure.
~ Amy

Mark was born May 23, 1955 in Detroit, Michigan to Patsy and Joseph Altobelli. He was a cuddly little fellow who loved to snuggle up to his momma. It turns out that Mark became quite the ladies' man in middle and high school. All the girls wanted to be his girlfriend. That made me, his sister, question the motives of these girls. I often wondered if they wanted to be my friend or come to my house to see if Mark was there! Mark would sing in the house, to Dean Martins tune, "Everybody loves my body" - OH BROTHER!!
Mark was an underdog and would meet people who knew Mark and would tell us they "loved him", he was their favorite" or how they were pulling for him. In Michigan Mark was in the Boy Scouts along with his older brother, Mike. This could have led them both to join the armed forces later in their lives. Mike joined the Air Force and Mark went into the Navy and the Army.
Mark was a bit accident prone. One year he wanted to build a go-cart. He was sawing off an old chair leg, the metal kind back in the 60's. He was trying to attach it to the inside frame where it slipped out of his hands and cut open his knee. Mom rushed him off to the emergency department to get stitched up. It was not the last time Mark would be there. Mark had several accidents but non like the time he used Mike's car and hit a telephone pole on Buffalo Rd. When he woke up in the hospital he was in a full body (torso) cast with the head gear to restrain any head movement. He was very luck to be alive. Mark was always the cat with nine-plus lives.
Mark enjoyed playing bingo and would accompany our Mom there. After she passed, I would go with him and he knew many of the players there. He was not only friendly to everyone, but he was also lucky! So glad I went with him and shared our winnings!
Mark worked at the ballpark, the old Norton Street Park. He worked the scoreboard and was a vendor. I remember when dad's Baltimore Orioles were in the World Series, I lived in Northern Virginia and family came to stay with me, which included Mark. Mark went out to- I don't even know where, but he brought back a crab (Lobster) and put it on the floor which impressed my young son.
That was Mark willing to give, a jokester, daredevil, accident prone and a favorite guy to many.
Mark also lived dogs, especially his last dog, Mya. She will miss him a lot. Mark that cat with many lives, who is not supposed to get along with dogs, but he does.
We will miss you Mark and we wait for the day we will be together again. Love you much!
~ Jody

Mark had a life full of amazing stories that would make you laugh so hard and other episodes that would just break your heart. Knowing the impact these episodes had on his family and his life, must have been difficult to bear. Through it all Mark gave us some tremendous things to remember about him. One of the most precious memories was when Mark received a liver transplant, about six years ago. The mother of the young man, who suddenly passed in an accident, reached out to Mark. He desperately wanted to let her know how thankful he was. He wrote a beautiful note to express his gratitude for her son which gave him the life extending gift.
Mark was also thankful for the gift of eternal life through the Lord and Saviour Jesus Christ
knowing we need a Saviour knowing that all have sinned and come short of His glory.

Mark had several additional health challenges in his last years before succumbing to them. He was so wanting to thank his family for everything they did to help and he also wanted his children to know that he loved them and wished he could have done more for them.

Mark was truly an interesting character who lived in the moment most of his life and was loved and will be missed but is now in the presence of the Lord forever more.
~Mike

I remember dad's truck driving years. I could not wait for summer vacation because I was able to go with him on his deliveries. We would spend a week, maybe two traveling through the U.S. On one of the trips my younger brother Cody was able to join us, however it was only a weekend trip. We would sing funny songs and mess with the other truckers on his CB radio. Some of the truckers got a kick out of it and others wanted to kick us out. Dad listened to a musician and comedian named John Valby, aka Dr. Dirt. We had a blast. There was a trip we took to Ohio where a really cool and big thunderstorm that turned the whole sky orange rolled along beside us. I kept my eye on it the while way.
Dad, being from Detroit loved the Lions football team. He would come over to my house and watch football and visit with his granddaughters. He cheered for the Buffalo Bills too! Especially last season when they did so well.
Dad was really into camping. I will always remember the time we went camping at Hamlin Beach. I was sixteen at the time and we decided to take our neighbor Mr. H along. Mr. H must have been really tired or had one too many because he passed out in the chair he was sitting in. My dad and I decided to tie him up and started squirting ketchup and mustard into his hair. Next we put hot dogs in his hands and mouth, the funniest thing was when he woke up he started to eat the hot dogs in his mouth!
I will miss you dad, so will Jessica, your granddaughters and your dog, Mya, whom I will be taking care of for you.
~ Steven

"Back in high school Mark saw me being punched and pushed around .He stopped the attack and offered me his friendship.Thank You.Sorry for loss.LL"