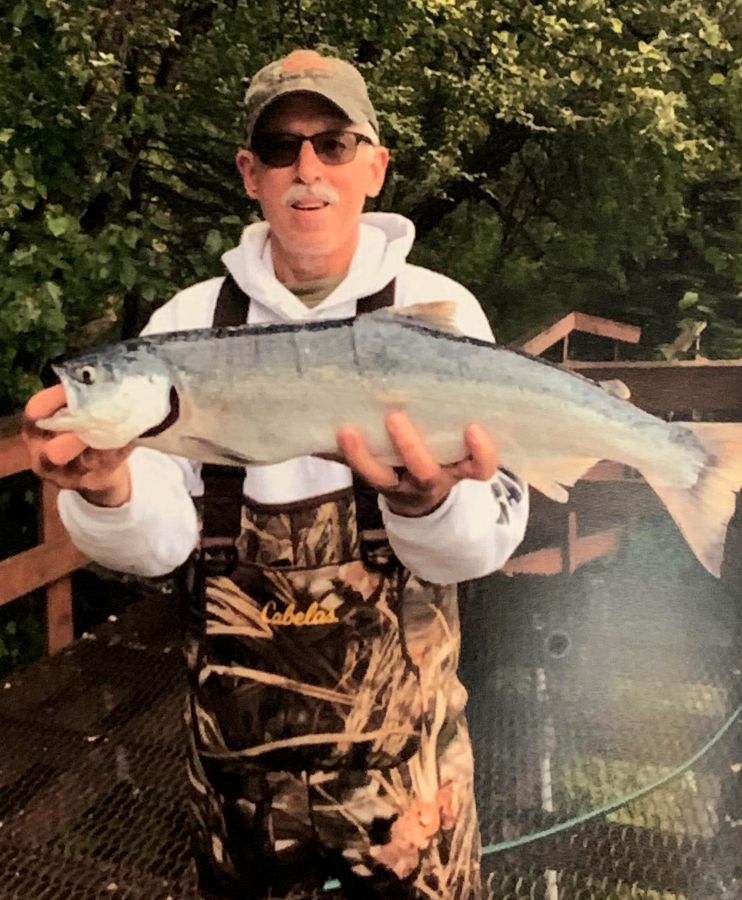 Memorials: In lieu of flowers, the family will direct memorials

Stephen J. Campbell, 65, left his earthly home and went on to his next adventure on April 4, 2021. Steve was diagnosed with cancer in 2009 and at the time given (just six months), fought his cancer till his last breath. Steve never complained or let his cancer get him down until it became apparent he was losing the fight in December 2020. Even then, unless you knew him well, you would not have known how bad he was starting to feel. His oncologist told him once that he had probably been on more chemotherapy treatments than anyone in the country - that may or may not have been true, but when one becomes no longer effective, Steve would ask them to find another. As his wife, I can honestly say he was the bravest person I have ever known.

Steve was born on February 27, 1956 to William and Joan (Larimer) Campbell. Big brother Greg and little brother Doug completed the family. Stories often told of the three boys' childhoods in Cherokee, Iowa were stuff books like Tom Sawyer were made of. How Jo did it as a stay-at-home mom, I don't know. Steve loved his family, friends, his dogs and the times spent with them. His other great loves were Alaska and the family cabin in Running Water, South Dakota. Steve often said there was no better place to be. He was an avid fisherman, hence his love of Alaska, where he made many trips to fish for halibut and salmon. He was a master griller of said fish and nobody made a better fish taco. Steve was a collector of old marbles, making many dear friends and accumulating an impressive collection over the years, of which he was very proud.

Those left to mourn him are his wife of 42 years, Genelle; sons, Ben (Wendy), Ryan (Kiley) and most cherished and loved granddaughter, Emery Ryan, who we will never let forget her "Pop Pop", brothers, Greg and Doug; his very much loved Aunt Jane and his Uncle Mike, nieces, nephews, cousins, two sisters-in-law and two brothers-in-law. Close friends left behind, Brad and Holly Darby, Jason and Val Schulz, Lonny and Ricki Achenbach and Mike Aliano, his Running Water family and last but not least, Jack the dog. Many other treasured friends, too many to mention - he loved you all.

I fought the good fight. I have completed the race. I have kept the faith. Timothy 4:7

"Our Hearts and Prayers are always with the Campbell Family."

"It was my honor to have worked with Steve for many years. He really had a way of making you feel like you were a valuable person in the work place. He also had an explosive laugh that you could hear across the plant, and we heard it quite often, it will forever be imbedded in my mind. After he retired I always looked forward to seeing him at the antique flea market where we would reminisce about the good old days working in the plant. He will be missed by many. Kevin C Hansen."

"Campbell family, my deepest condolences. Steve was the best Manager I ever had, he always took the time to walk the plant and talk to all the partners. He made it a point to have a connection with everyone and know them on a personal level. He was kind and well respected by everyone. He was always the tough guy, but down deep he was the sweetest guy. He could talk your ear off, always had the best fishing stories. His face lit up every time he talked about his family. Steve and I had Cancer in common, he was always very supportive. Never letting on that he was struggling, such a humble soul. ?It?s in The Big Guys hands? is what he use to say. I will never forget Mr. Steve Campbell, it was an honor to have known him. My thoughts and prayers are with your family, he was a great man. Monica, Jose Ramos. "

"Genelle and family, We\'re so sorry to hear of Steve\'s passing. Prayers for peace and comfort to all of you. Linda and Dave Greenwood"