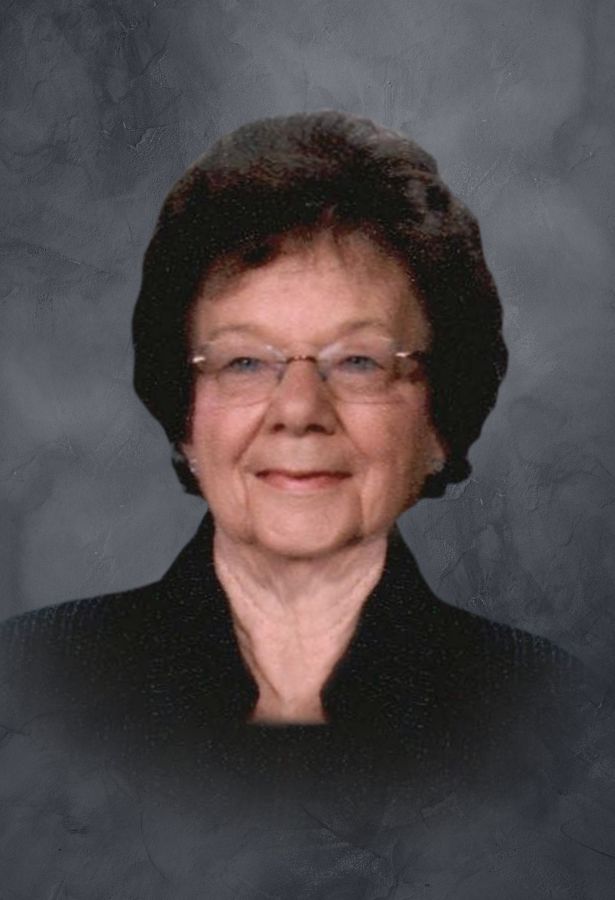 Nola Rae Lafrentz was born on September 13, 1933, to Alvin and Lillian (Pachta) Aldag on a farm north of Schleswig, Iowa. She attended country school at East Boyer Township #6 through eighth grade and then attended high school in Manilla, Iowa. She was baptized on May 1, 1949, at the United Presbyterian Church in Vail, Iowa. Nola married Wayne Arthur Lafrentz on March 25, 1951, at the United Presbyterian Church in Vail, and they were blessed with the births of two children.

Nola worked on the family farm along with her husband, where she was a hard worker who took initiative to get things done. Some of her hard work included milking cows, hauling grain and gathering eggs. She also worked at CB Electronics and the Schleswig Golf Course.

She was a member of the United Church of Christ in Schleswig and was active in the Evening Guild. She was very social and had many friends; she was always on the phone chatting. She especially enjoyed camping, golfing and playing cards with her friends in various card clubs. She also enjoyed cooking for everyone, sewing and crocheting, reading books, and tending to her lawn and plants. Above all, Nola cherished spending time with her family and attending her grandchildren and great-grandchildren's activities.

Memorials may be directed to the family for local community improvements.

"My love and prayers are with the family of dear Nola. She was a very special lady who brought sunshine wherever she was! May the peace and comfort of Jesus Christ fill the void in your hearts ."

"So sorry to hear about Nola. She always had a smile whenever I saw her and it was so nice to visit with her. Our deepest sympathy. "

"our thoughts and prayers are with you at this difficult time"

"Our Thoughts and Prayers are with Nolas family during this Difficult time! R.I.P. NOLA"