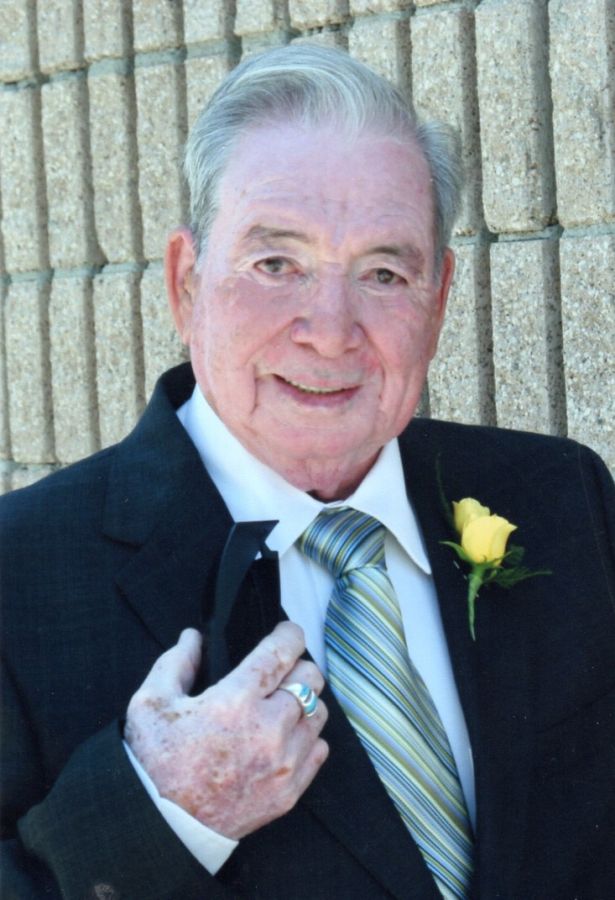 Richard Herrera Vargas, a resident of Yorba Linda, California, passed away quietly at home on February 8, 2021 at the age of 89 to be with his Lord and Savior Jesus Christ. He was born July 7, 1931, in Leadville, Colorado, the second child of Willie Vargas, an Apache American Indian and Juanita Montoya, of Mexican descent. After Richard's birth, the family relocated to Southern California where his father worked as a Pentecostal preacher and where he and Juanita raised three children. Richard's other 2 siblings, a younger brother and older sister, are no longer living.

During the Korean conflict Richard joined the US Army where he was trained as a radio operator and then was sent to Berlin, Germany, serving in the post World War Two occupation. It was in Berlin that he met his wife Eva Gaetcke. After completing his military service, Richard began a forty year career as a rigger splicing wire rope and making rigging for the oil and gas industry as well as supporting special projects such as the original Disneyland Sky Ride. Eva and Richard purchased their first home in Garden Grove, California later moving to Anaheim where they settled for almost 30 years and raising their only daughter, Eva. Richard was an active member of Faith Lutheran Church in Anaheim. He also enjoyed bowling on the weekend with his wife and friends where they were part of a bowling league.

In the mid 1990's, after retiring from the hard, physical work of splicing wire rope, Richard and Eva relocated to Yorba Linda. Richard began a new career at Friends Christian School in Yorba Linda as a maintenance worker and beloved by the children who called him, "Mr. Fix it". A decade later, life would change again when he was diagnosed with early stage congestive heart failure which resulted in the implantation of a defibrillator. Not long after that signs of dementia began to emerge.

Richard always kept a good outlook and was known for the saying, "'never say can't,' because you must always try." Throughout his life he loved cowboy movies and especially movie actor John Wayne. Indeed, he named his favorite dog, "Duke." At the end of his life when he was being hospitalized or was in a care facility, he would always complain they did not have the Western channel and could not wait to come home so he could watch his westerns. He was a cowboy at heart and it was a special day when he visited his birthplace in Colorado and purchase a Stetson cowboy hat.

He is survived by his wife, Eva, eighty-two, sister-in-law, Monika Cifranic, daughter Eva and her husband Doug Sorensen along with nieces and nephews. He will be laid to rest at Riverside National Cemetery on March 5, 2021.