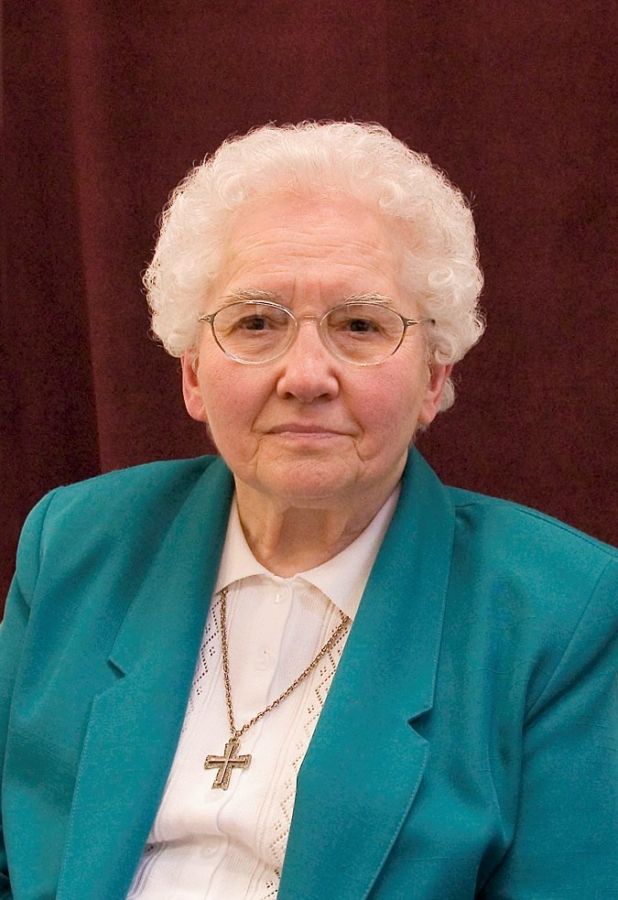 Rita Armella Hagel was born October 12, 1923, in Rogers, Minn., the fifth of 11 children of the late John and Catherine (Dahlheimer) Hagel. The Hagels had a farm near Rogers where they raised their 11 children. Rita Armella was blessed with eight brothers and two sisters. She loved being outside with her brothers, especially playing ball with them. Growing up in a large family, Rita Armella learned many domestic skills from her mother, which she utilized in her varied ministries.
Rita Armella attended a one-room school, District 73, in Hennepin County. Reading was her favorite subject and it became her special pastime for the rest of her life. She enrolled in Elk River high school where she met her first Franciscan Sisters. She was so impressed with Sister Elaine Sursley's kindness and gentle spirit she came to St. Francis High School. She graduated in 1945 and made the decision to become a Franciscan Sister. Upon entering the novitiate she received the name Sister Mary Rosaria. She was a Franciscan Sister for 75 years.
Her many ministries have included being a "cottage mother" at the St. Cloud Children's Home, a baker and a housekeeper. For nearly all of her religious life she did domestic work or held hospitality responsibilities. A great love for people and a remarkable memory for the details of their lives were among her special gifts. She enjoyed playing cards and various board games with her sisters and family.
Sister Rosaria was preceded in death by her parents; brothers Lawrence, Wilmer, Alvin and Harvey; and sister Cecilia Gulczinski. Survivors include siblings: Rosanna Toth, Bel Air, Md.; Ivan (Mary) Minneapolis; Henry, Minneapolis; Hillird, Brooklyn Center; and Howard (Diane), Buffalo; sister-in-law Louise, Mt. Airy, Md.; nieces and nephews and her Franciscan Community.
A private burial will be held for Sister Rosaria on Friday, February 26, 2021. A Memorial Mass will be celebrated at a later date. Donations to Franciscan Sisters ministries preferred.