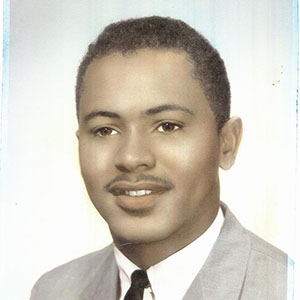 Stan was born in San Diego, California on June 11, 1945. He attended Stockton Elementary, Memorial Jr. High, and graduated in 1963 from San Diego High School. Within six days of graduation, he joined the United States Marines Corp. He served our country for the next four years. In 1967, he was honorably discharged with numerous medals after two terms in Vietnam as an E-5. Upon his release, he attended Mesa Junior College and the University of San Diego.

Stan was blessed with the birth of his first son the late Stanley II who was born September 15, 1969 and who passed on January 29, 1979 from a tragic accident that occurred here in San Diego.

In the late seventies, Stan met his wife Ivy. They married on September 1, 1979. With this marriage, they focused on their love for each other and developing a close family. He was proud to welcome another son Stanley III in 1980 and a daughter Ilene in 1984.

Stan spent forty years working and establishing a career in top managerial positions in Warehousing in San Diego. Throughout his career, he worked for Fedmart, Big Bear Stores, and Harvest Meat Company. He retired November 30, 2012 to assist Ivy's rehabilitation from her bi-lateral knee surgery.

Over the span of these years, he made a positive difference in so many lives by preparing many individuals for better opportunities, and teaching young people job and living skills which extended also into their family lives. He was highly respected, patient, kind, generous, fair, and a dedicated father with high integrity. Stan's most rewarding times in his life was having the opportunity to mentor his son Stanley III. Given his forty years of experience and knowledge, he trained him to be responsible, competent, and professional in the work environment. In addition, he was proud to be instrumental in Ilene's decision-making, nature teaching skills, and work ethic values in her career as a Phlebotomist.

Stan was an exceptional man, husband, father, teacher and friend. He gave unconditionally his love. He will be deeply missed by family and friends.

To cherish his love,

"Dear Ivy, Ilene and Stan, So very sorry to hear about Stanley\'s passing. Anna has so many fond memories of spending time with your family. You were great parents and role models. You are in our prayers. Much love, Harry and Jessica Thaete"

"I will miss you daddy"