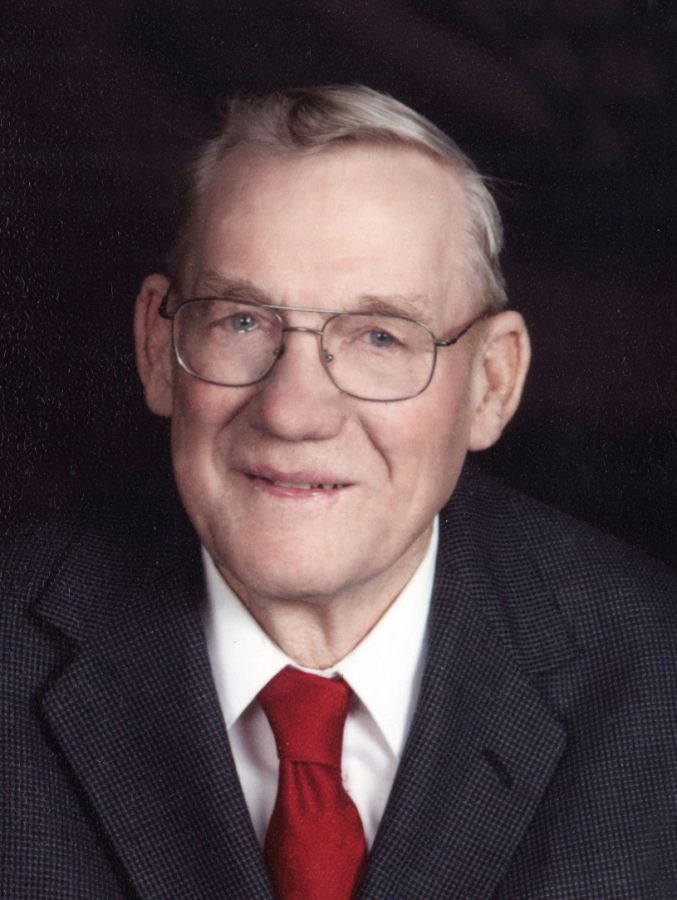 A funeral service for Alvin will be held at 10:30 AM on Saturday, March 6, 2021, at the First Reformed Church in Buffalo Center. Visitation will be held from 9:30 to 10:30 AM. Burial will be held in Olena Mound Cemetery in Buffalo Center. Social distancing practices will be followed, and masks will be REQUIRED at both the visitation and funeral. Both the funeral and graveside will be live-streamed on Oakcrest Funeral Services' Facebook page. https://www.facebook.com/oakcrestfuneralservices

Alvin was proud to have lived in Buffalo Center nearly his entire life. He attended school in Buffalo Center and graduated in 1948.
He spent practically his whole life as a carpenter. As a young boy, he learned carpentry from his father, Harm. Over the years Alvin built over 60 homes in and around Buffalo Center. He built or remodeled many of the businesses and churches in town and constructed numerous garages, cattle sheds, hog houses, and barns.

He worked for Lloyd Robinson Construction starting in 1948. From 1951 to 1953 he took time away from his job to serve in the United States Army. He completed 16 weeks of infantry training at Fort Jackson and was then stationed in Germany. His unit worked with the big artillery. After discharge in 1953, Alvin returned home to Buffalo Center and resumed his employment with Robinson. In 1962 he purchased the company with Ben Burma. Burma and Walters Construction became Walters Construction after Ben's retirement in 1979. He enjoyed not only the people that employed him but also the many that worked with him over the years. He often reminisced about those he worked with and about the many changes in building materials and techniques that took place over the years.

Alvin was a lifelong member of the First Reformed Church. He served several terms as a deacon. When his vision failed, and he was unable to drive he enjoyed listening to the weekly services on the radio.

Alvin enjoyed his siblings. He shared a home with his brother, Herman. The two worked construction together for many years with time off spent attending county fairs, threshing displays, Sunday visits with friends and family, and Sunday car rides. Even though Alvin had no children of his own, he embodied what a good "Dad" would be. When Henrietta's husband, Raymond, died in 1967, she was left with four daughters ages 4-10. Alvin, Herman, and Grandmother Minnie stepped up and helped Henrietta with the farm and the girls. Alvin always had a positive attitude and friendly smile and made the girls feel loved. He especially loved hearing about the great-nieces and nephews and their families over the years. He was a good role model of what a "Dad" and "Grandpa" should be.

Alvin moved into Timely Mission Nursing Home in November 2020 when he could no longer manage alone at home. His health declined rapidly, and Alvin passed away on February 13, 2021. His High School Memory Book described him with these words. "Nice, gentle and quiet...More ought to try it!" He kept these qualities his whole life.

"So sorry to hear of your loss. Alvie was such a sweetheart of a guy! So independent minded and cheerful! Dee Rippentrop, former WCPH RN"

"I agree with what was said in his school yearbook-a kind and gentle man!-Sara"