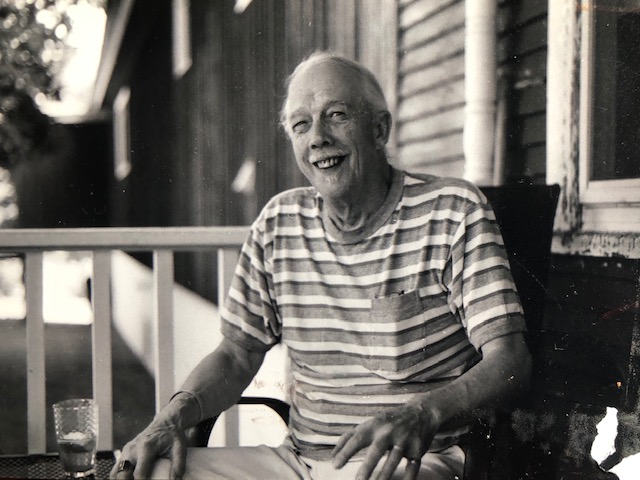 Richard Carl Sanders, a long-time resident of Marquette, passed away Sunday, January 24, 2021 at his home.

From a young age, Richard was a sports enthusiast and athlete. He was most successful playing baseball and was on the roster of state and city championship teams as well as a team that reached the Air Force World Series in the 1950s. He maintained a devoted faith in traditional Native American spirituality and was actively involved with many elders in this practice.

Richard was a loving and devoted husband, father, grandfather, brother, and uncle and will be deeply missed by so many people who were a part of his life.

He loved to converse with anyone he met. He had a thirst for knowledge and read books and listened to talk radio daily. Richard never met a stranger and enjoyed talking to people for hours on any subject. Family and friends say his knowledge was unparalleled.

Surviving are his wife, Mary L. Sanders of Marquette; five daughters, Linda Lang Sanders of Sebewaing, MI, Rebecca and husband Robert July of Otisville, MI, Dayna Sanders of Grand Blanc, MI, Mia Sanders of Saratoga Springs, NY, and Mariah and husband Mike Vaynshteyn of Spokane, WA; his two sons are Luke and Riley Sanders of Marquette; he had 11 grandchildren, three great-grandchildren, and one great-great-grandchild. Richard was preceded in death by his parents and his three brothers, Robert, Eugene, and Kenneth. Memorial contributions can be made to the Paralyzed Veterans of America.

A memorial service will be held on Friday, July 16th at 4 p.m. at the Presque Isle Pavilion in Marquette with Lynn Swadley officiating.

Those wishing to make an expression of sympathy are kindly asked to consider the Paralyzed Veterans of America, 801- 18th Street NW, Washington, DC 20006 in Mr. Sanders memory.

Canale-Tonella Funeral Home and Cremation Services is assisting the Sanders family where memories may be shared at canalefuneral.com.

"These are my fondest memories of time spent with Rich. Riches always had a desire and natural love of telling stories. He loved recalling his time playing for the Air Force baseball team, working at the Officers club and taking flying trips with pilot friends he had made, cars he had owned and how fast he had driven them. His ability to recall the most intriguing details of his life were the highlights of our conversations Rich always had an open ear to listen, a love of face-timing his two granddaughters and they him. During his visits; sneaking the best parts of his dinner to his grand-dog (even when warned about the possible digestive aftermath), visiting an local airport cafe and watching planes take off with his granddaughter Arielle. I will always remember Rich as a loving father and grandfather, a vivid storyteller and taker of adventures who lived his life to the grandest. "

"So sorry for the loss of Rich. A great heart and father. Thoughts and prayers . \"A river finds the sea, a road finds paradise, a tree grows to its fullest.\""

"Two memories to share about Richard Sanders, both his recordings to the Lukaszek siblings: 1. ?The memories expressed here are precisely what I was alluding to in regard to the respect and admiration that I have for your \"once in a lifetime\" experience as children of this special union. The legacy is an example of what hard work, love, and faith in their God produced. When your Dad and Mom came to this place we are now living, part of it was at zero tax base because it was so in need of some major TLC. After making a few passes around the house and junk piled acreage, the man of few words said, \"I sure hope you know what you are getting yourself into here.? It took three and half years of doing one room at a time to get it restored and livable, and all the while that statement of his was upper-most in my mind. Every time they visited, he would be involved in the latest project going on here. Your Mom\'s initial statement was, \"Oh, I know you can do it Dick.\" What a pair they were, they lived, worked, and spoke in tandem.? 2. ?I began to think about the parents of the Lukaszek clan and how fortunate the nine children of that family were, and still are as a result of that union. From my viewpoint as an in law, I have to say at this time, that if there was such a thing as a catalogue to choose your prospective in law parents, it would have been a slam/dunk for me. Few of the others in that catalogue could have matched the attributes and qualities these unique parents possessed. I\'ve thought of this many, many times through the years and am convinced that this was truly a match made from the Higher Power. May you all continue to profit. I am.? L/Rich Walter and Tina Lukaszek Donna, Texas"

"Mary and family. Rich was a really nice man I always enjoyed talking with him I\'m so sorry to hear of his passing. RIP Rich "

"Rich will always hold a place in my heart as my teacher, my friend & extended family. Just know he touched many lives leaving footprints on our hearts ... as always Mary & family are in my thoughts & prayers -sending hugs & much love -Kathy "

"Mary, Richard always put a smile on my face when I had the opportunity to converse with him. He was very special and will be greatly missed. Our thoughts and prayers are with you and your family. "