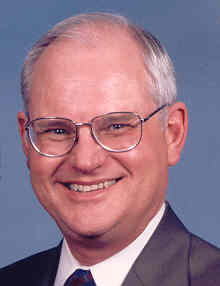 Bill proudly served in the US Army and he retired from Eastman Kodak in 2002.

Bill Seewagen grew up in Farmingdale, New York, and graduated from Brooklyn Polytechnic Institute with a Master`s in Mechanical Engineering. He worked on the lunar landing vehicle project at Grumman Aerospace Corporation on Long Island before commencing his duty in the US Army`s Ordance Corps. In February, 1966, Bill and his high school sweethart , Rosmarie, were married. Bill was stationed at the Aberdeen Proving Grounds in Maryland when their son Stephen was born on Long Island. Two months later, early in 1967, the young family moved to Fort Greely, Alaska, where Bill was a test officer in the Army`s Artic Test Center, where vehicles, armor, and equipment were tested to determine their relability and performance in extreme artic temperatures and conditions. In 1968, Donald was born in Bassett Army Hospital in Fairbanks. Upon separation from the service in October of 1968, the family returned to Long Island, and soon decided that living in Alaska had awakened an enjoyment for colder climate and snowy surroundings. Hence, the move to Rochester and Eastman Kodak in May of 1969! In 1976 Brian was born, completing the family. Bill was manager of Proximal Imaging in the Commerical and Goverment Systems Division and never had a sick day in his 34 years at Kodak, then retired in 2002. Bill was an active parish member at St. Charles Borromeo and served on the Greece Central School Board. He enjoyed traveling and music; his favorite vocalist was Perry Como. He was a life-long Dodger fan and reveled in trips to Vero Beach, Florida, for spring training. In his retirement he enjoyed swimming at RIT, and most especially, his grandchildren, Jessica and Amanda; Jadyn and Lexianne; Jack and Anna; "grandchildren by heart", Michelle and Kassandra.