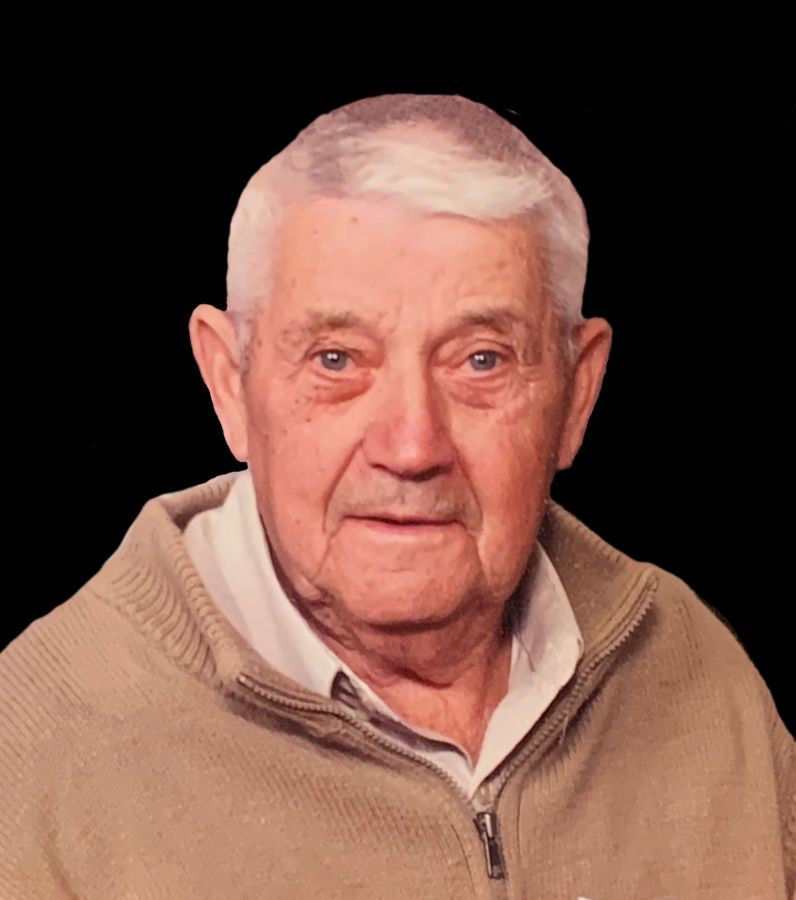 Memorials: In lieu of flowers, family will direct the memorials

Tom was born on October 16, 1927, in Malvern, Iowa, one of 15 children of Fern May (Gray) and Raymond Thomas Brammer. His parents rented land to farm and lived in several Southwest Iowa communities including, Osceola, Thurman, and Elliott, where Tom attended high school until joining the United States Air Force in 1944. Tom was attached to a medical unit at Kelly Field in Texas and was discharged in 1947. Following his service, Tom returned to Iowa and helped his father on a farm near Lenox.

In 1949, Tom and Betty Ann Archer were married in Cordon, Iowa. Their marriage was blessed with eight children, Margaret, Timothy, Tommy, Joyce, Janet, Roy, Verla, and Loretta. The family eventually settled in Tabor, Iowa and in 1955, Tom began work as a laborer for the Foster-Western Construction Company. He worked his way up through the company and was promoted to carpenter and eventually supervisor. In 1990, Tom retired from Foster-Western after 35 years. He and Betty continued to live in their Tabor home where Tom enjoyed gardening. Tom and Betty had been married nearly 52 years when Betty died on November 27, 2001.

Tom and Margarete (Mibaum) Findley were married on June 14, 2004 at the Glenwood Community Church in Glenwood, Iowa. They made their home in Tabor and Tom welcomed Margaret's children, Anna and Kevin, into his family. Margarete passed away on December 13, 2017.

Tom is survived by his children, Tommy Brammer and wife Delma, Joyce Maxwell and husband Bobby, Janet Gleason and husband Darryl, and Loretta Garsow and husband Mike, all of Glenwood, Roy Brammer and wife Sharon of West Paducah, KY, brothers, Rex Brammer of Fredericktown, MO, Herbert Brammer of Macedonia, IA, and Raymond Brammer of Melbourne, AR; sisters, Violet Hankins of Shenandoah, IA, and Bonnie Bryan of Glenwood; many grandchildren and great grandchildren; extended relatives; and a host of friends.

"It saddens to hear of the passing of your father. He touched so many lives every where he was. He will be missed by many. Prayers for your family and all your loved ones. God be with you. Donna Cole Mackey"

"So sorry to see you lost your dad. We wish you all peace and comfort. A parent?s passing feels so much like a part of your foundation has crumbled. Know we are thinking of you and praying for you."

"So sorry to hear of Tom\'s passing. Us Travis kids went to school at Thurman with the Brammer kids and knew them well. We had lots of fun in the good old days. "