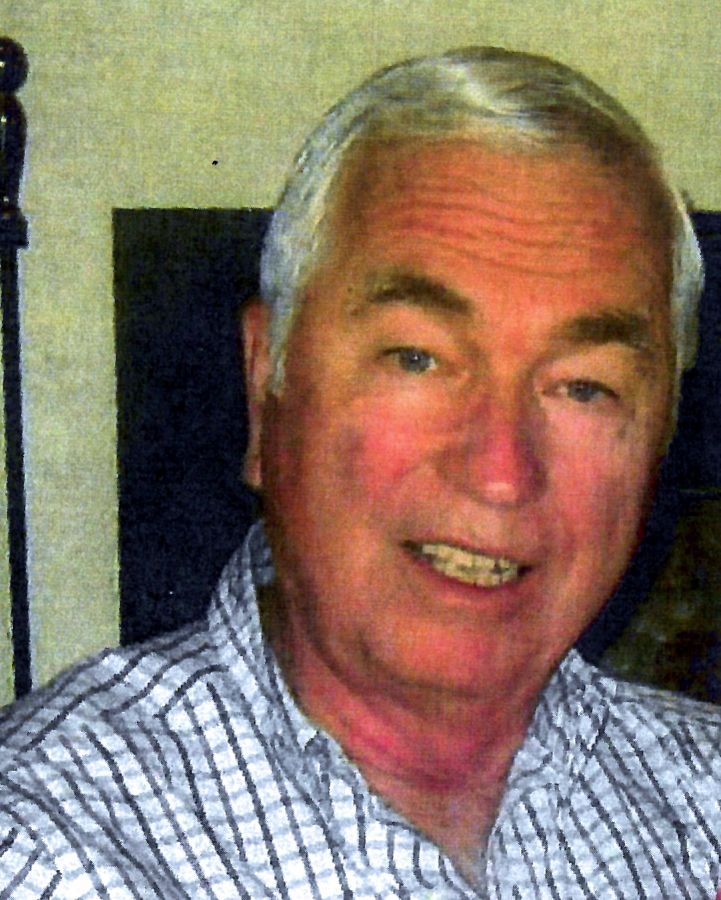 Phoenix - Dale Head passed away January 20th of complications from a stroke suffered December 2nd. Born April 13, 1935, in Ft. Whipple, the VA Hospital in Prescott, Arizona, the second of four children born to Samuel J. Head, lawyer and state senator, and Trulia G. Grace homemaker. In high school, he lamented that he wasn't a "jock" but instead played trumpet in a small band and enjoyed great memories of acting in the high school play, "Arsenic and Old Lace." He sang in the Methodist Church choir attended by his family. He went to ASU for two years then joined the Army in 1957 as a control tower operator at Ft. Richardson, Anchorage, Alaska, where he said he spent much time reading because of little air traffic due to fogged in weather. Finishing studies at ASU, he married Dione Ticoulat, of Oakland, California, and they had two sons, David Allen and Randal Jean. Dale graduated from University of Arizona College of Law in 1962 and clerked in Phoenix for The Honorable Judge Ross Jones. He was hired as a lawyer for Perry & Perry Attorneys, later becoming junior partner in Perry, Coulter & Head. After his divorce in 1967, he married his brother's secretary, Lee Ann Plumes of Prescott, in 1971, and became the loving father to her 6-year-old son, Joel. In 1975, they became Christians and active members of a Charismatic nondenominational church where they developed life-long friends and where Dale sang in the choir. In 1979, Dale started his own law firm, and in 1998, he became corporate counsel for Capital Title Group, Inc. until his retirement at age 72 in 2007. These are the facts, but they don't tell you who Dale was. Dale was movie-star handsome, tall and slim, with a dazzling smile. He did not like "putting on airs;" he loved people and described himself as a "blue collar" guy, friends with his barber, the gardeners, the electricians, all tradesmen and women, and giving generous tips to service people. He had a strong moral compass and represented his clients with fairness, honest fees and a sincere commitment to protect their interests. His advice was sought by many for his common sense wisdom. He was opinionated and often intractable and had a temper if pushed, but he was cheerful, loved to laugh and was an inveterate tease. He loved dogs and children and they adored him. He loved the outdoors, swimming, camping in the White Mountains and Rocky Point. He was an excellent writer; he played the piano beautifully by ear. His favorite foods were cornbread and greens, BLTs, tapioca pudding and pot roasts and stews. The highest honor, however, goes to him for being a prize as a husband: He didn't spend his weekends hunting or golfing with the guys, he didn't stop off at the bar on his way home from work. He loved his home and family and was a strong, take-charge guy who took seriously his responsibility for the protection and well-being of his family and close friends. He often showed courage, acting quickly in a crisis when others refused to get involved. He was my best friend, lover and constant companion for 50 years and was the most affectionate, tender, kind and attentive husband any woman could ask for. He was my encourager, ever appreciative of all I did, always ready to talk and pushing me to share my feelings. He was altogether a most beautiful man, and without him, the color has gone from my life; the music has stopped! There is a huge hole in my heart! I look forward to the day when I shall be with him again in Heaven. I "Celebrate You Home," sweetheart, to join your beloved sister, Dorothy, your parents, your Aunt Dot, and our Lord and Savior, Jesus Christ. Dale is survived by his wife, Lee, brother Donald Head (Connie), sister, Diane Jones (Ivan), brother-in-law, Carl Raine (Carreen), sisters-in-law Jeanne Hicks and Susan Baker; sons whom he deeply loved: David (Carol), Randy (Leslie) and Joel (Katerina); ten nieces and one nephew, seven grandchildren and three great-grandchildren.

"Although it has been as long time since we\'ve seen Dale and Lee, he left a lasting impression on us as a kind and caring Christian man. We met Dale between marriages in our first apartment as newlyweds. We had managed to stay loosely in touch for a few years , long enough to meet Lee. We remember Dale helping us with his lawyer\'s wisdom and over the years have enjoyed his warmth and enjoyed many a laugh with him. Truly a sad loss, but he\'s in a good place, we\'re sure. Our best to you Lee. Blessings from Dale and Claudette Chase"