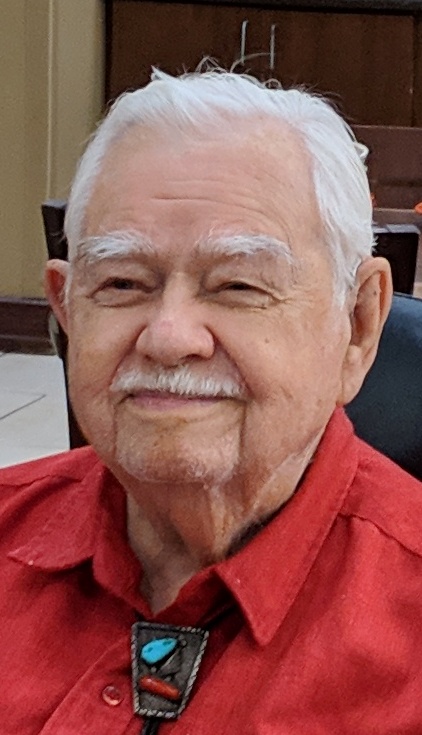 Paul Hart was a WWII Navy veteran, serving as a soundman in the Pacific. Following his honorable discharge, he attended the University of California, Berkeley and the University of Arizona, graduating in Power Engineering. His career in mining and utilities spanned three countries. In 1949 he began working for Arizona Public Service as a power engineer in Globe, AZ; he then worked for Anaconda Mines (Potrerillos, Chile); American and Foreign Power (New York); then as assistant general manager for Chilectra (Santiago, Chile), also owned by American and Foreign Power. The family moved to Rio de Janeiro, Brazil in 1964 where he worked for Cobast. In 1967, he returned to Arizona Public Service (APS) as a rate analyst. He zealously pursued establishing equitable rates for customers while balancing the needs of his investors and employees. He retired as Vice President of Rates and Regulation in 1987.

His proudest achievement was his family. While in Santiago, he met and married Gladys Batchelor, with whom he created a loving home for their four daughters. He took great interest and pride in his daughters' and grandchildren's success and in their determination to overcome obstacles.

Paul was resilient and determined with a lifelong curiosity. Ever the optimist, he had a wide range of interests and talents. Dancing with his beloved Gladys was a passion; he enjoyed golf in his earlier years; he was an excellent engineer, inventor and handyman; he relished hosting parties; and he sang an unforgettable "We Three Kings".

Paul enjoyed volunteer work. He made lifelong friends in the Pan American Club and the Club Cultural Chileno, of which he was a founding member. He was involved with the Phoenix Rose Society. Paul rekindled elementary school friendships and befriended many at the Beatitudes Campus, where he spent his later years. He was an enthusiastic participant in the daily gatherings at Cahoots, with sing-alongs, jokes, and happy hour.

Paul was active in his Catholic faith and a member of St. Thomas the Apostle Church (35 yrs), St Paul's Catholic Church (10 yrs), and most recently Beatitudes Life Center (6 yrs), serving on various committees at each parish.

Paul was a beloved husband, father, brother, grandfather, great-grandfather and friend. He was preceded in death by his parents, Peggy and Ed Kyle; the love of his life, his wife, Gladys Batchelor Hart; and his half-sister, Ruth McDermott. He is survived by his daughters, Johanna Hart-John (Wolfgang), Beverly Livingston (Doug), Patty Hart-Wilson (David), Christine Baggs (Kelly), his grandchildren (Erika, Breanna, Katrina, Audrey, Derek, Aaron, Weston, Kyle, and Jake); great-grandchildren (Christopher, Colette, Oliver, Emily and Kenton); step-sister Eddie MacLaren (John) and many other relatives, friends, and loved ones whose lives he touched.

The family is grateful to the staff at the Beatitudes and to Sage Hospice for the loving care they provided. In lieu of flowers, donations may be made to the Juvenile Diabetes Research, Macular Degeneration Research or the charity of your choice.

There will be a Memorial Mass on Thursday, August 5, 2021 at 10:30 am at Saint Maria Goretti Catholic Church .

"It was truly a pleasure to have gotten to know Paul, he and his wife Gladys, were very important persons in the formation of the Chilean Cultural Center of Arizona. Through the years, his constant support gave us the energy to continue working. On behalf of the Chilean Cultural Center of Arizona, we are deeply sorry for your loss. Please accept our condolences and may our prayers help comfort you and your family. "

"Saddened to hear of Pauls' passing. Remembering our visits thru The Heritage Group. The Reynolds family"

"I had the honor of working with your father at APS/Pinnacle West. Our offices were next door to each other. He taught me many many things about rate making and he helped with building the Arizona tax model. He was a fine,fine gentleman of the first order and I admired him. His stories of South America encouraged my wife and I to visit various countries in South America. RIP Paul."

"Dear Johanna, Beverly , Patty , and Christine, I am sorry to hear of the death of your dear Dad. I was also sorry to hear of your Mom\'s death. I remember their kindness, hospitality, and joy. May God grant them both eternal rest safe in the embrace of Jesus and Mary and dear Saint Joseph. Please accept my condolences and those of the entire Tesoriero family. God love you, Bart"

"Paul was one of the finest men I have known during my lifetime. I knew him as the Vice President of Rates for APS in the late 70\'s and early 80\'s. I followed in his footsteps at other electric and natural gas utilities but probably never had the success that Paul had. He was a GOOD MAN!"