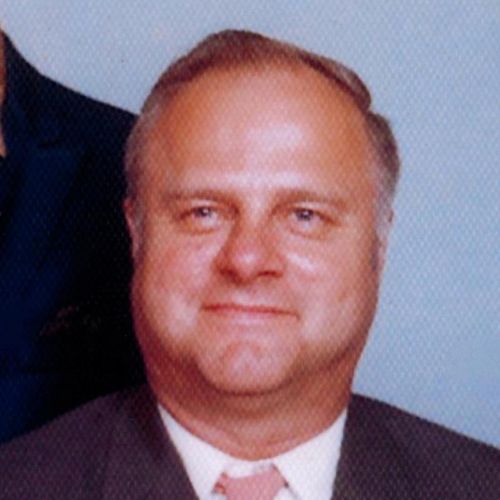 George Isaacs was born on August 7, 1928, in Westside, Iowa. His parents were George Isaacs Senior and Emma Noelck Isaacs. He died on January 14, 2021 at home in Denison, reaching the age of 92.

On the same day that he was born, his mother died of complications from giving birth. George and his three young sisters were taken into the home of Emma's sister and her husband, Anna and Hannes Herrmann of Westside, where they were lovingly raised with the help of George's father. It was his foster mother, Anna, who gave him his nickname of "Buddy", and later "Bud"

Bud was raised in and around the Westside area. He was baptized and confirmed in the Lutheran faith at Zion Lutheran Church, Arcadia, Iowa. Bud attended Westside High School, but in August of 1945, at the age of 17, he left high school to join the Coast Guard during World War Two. He served on two Coast Guard Cutters, the CGC Owassco, and the CGC Ingham. He was honorably discharged in 1948, and then he enrolled again at Westside High School, finishing his senior year and graduating with the class of 1949.

On September 12, 1952, Bud married Jean Lunsford of Denison, at the Bethel Lutheran Church in Fort Dodge, Iowa. The couple made their home in Denison, and two children were born to this union. Binkie in 1953, and Mark in 1955.

Bud worked for the Chicago Northwestern Railroad, and then at B and B Farm Supply in Denison, until it closed. He then worked at World Wide Meats/Dubuque Packing until his retirement in the 1990s.

At the age of 14, Bud purchased an antique, 1910s era, Holcomb and Hoke Butterkist popcorn machine, at an auction in Westside. In 1969, he restored the machine just in time to have it running and sell popcorn at the Westside, Iowa Centennial in June of that year. Since then, he has taken his antique popcorn machine to nearly 150 events in Denison, throughout Western Iowa and Eastern Nebraska, at town centennials, parades, and various celebrations. In 1976, Bud and his machine were featured on a float in Denison's USA Bicentennial parade, and by then, many people knew him as "The Popcorn Man". Bud and his antique popcorn machine last appeared in uptown Denison during the town's 2006 Sesquicentennial celebration.

On August 25th, 2019, as part of Westside's 150th founding celebration, Bud was honored with a Quilt of Valor ceremony for his World War Two Coast Guard service.

George "Bud" Isaacs was preceded in death by his wife Jean, his parents, his foster parents, and two sisters, Pear Ewoldt of Westside and Bernice Hornung of Oak Harbor, Washington. Survivors include one sister, Irene Jurgensen of Denison, daughter Binkie Lassen and her husband Del of Lake Park, Iowa, son Mark of Denison, six grandchildren and 12 great grandchildren.

At the request of the deceased, private graveside services will be held at Crawford Heights Memory Gardens in Denison at a later date.

"Mark, I am so sorry. You and your family have my deepest sympathy."

"Thoughts and prayers to you Mark and Binkie and family..#RIP Uncle Bud"

"Lit a candle in memory of George "Bud" Robert Isaacs "

"Lit a candle in memory of George "Bud" Robert Isaacs"