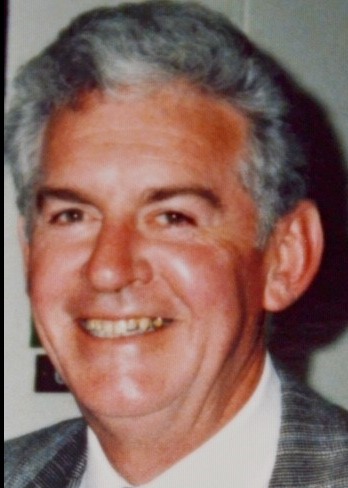 Dr. Fitzgerald, born in Brockton, MA, a native of Whitinsville, was a graduate of Northbridge High School. He was a Korean War Veteran, having served two years of active duty in the U.S. Navy. Dr. Fitzgerald attended the University of Massachusetts and graduated from the Baltimore College of Dental Surgery, University of Maryland. He was a member of the Massachusetts Dental Society and the American Dental Association. He was formerly an advisory board member of the Catholic Charitable Bureau of Boston.

Dr. Fitzgerald began his career with his private dental practice in Medway, MA. During his 37 year career, Dr. Fitzgerald developed a particular passion for providing dental care to seniors and veterans. During the early 1970s, he became known to several nursing homes around Massachusetts as "The King of the Road" as he converted a 27 foot Winnebago into a state of the art mobile dental clinic complete with a working elevator. This Winnebago transformation allowed him to travel to nursing homes and provide dental care to seniors. Later in his career, Dr. Fitzgerald accepted a job as Assistant Chief of Staff at the VA Outpatient Clinic Dental Service in Boston, MA where he was able to ensure the quality dental care of veterans whom he always felt deserved the best care. Additionally, during his time at the VA, Dr. Fitzgerald was instrumental in developing and running the Geriatric Dental Fellowship program. He was an appointed faculty member at Harvard School of Dental Medicine, and was a clinical instructor.

Dr. Fitzgerald and his family resided in Hopedale, MA for twenty one years. He served his community as a nine year member of the Hopedale School Committee, Chairman of the Hopedale Youth Committee, and manager of his son's little league baseball team. Dr. Fitzgerald loved to play golf, travel and dance. However, his greatest joy was spending time with his wife, children, grandchildren and extended family all of whom will treasure those priceless moments with him.

He was pre-deceased by his mother and father, Andrew and Edna (Boutlier) Fitzgerald, brother Andrew, and sister Nancy Fitzgerald.

Due to current restrictions, services for Dr. Fitzgerald will be private. In lieu of flowers, memorial donations may be made in Dr. Fitzgerald's memory to the Wounded Warrior Project, www.woundedwarriorproject.org or Homes For Our Troops www.hfotusa.org

"I am so saddened to hear of the passing of Dr Fitzgerald. I will always remember his amazing smile , His calm demeanor and his contagious smile. I would light up whenever he and Maureen would come to enjoy a dinner on the ABC patio or at the old and new Johnny?s restaurant. I pray for strength for Maureen. May his memory be eternal "