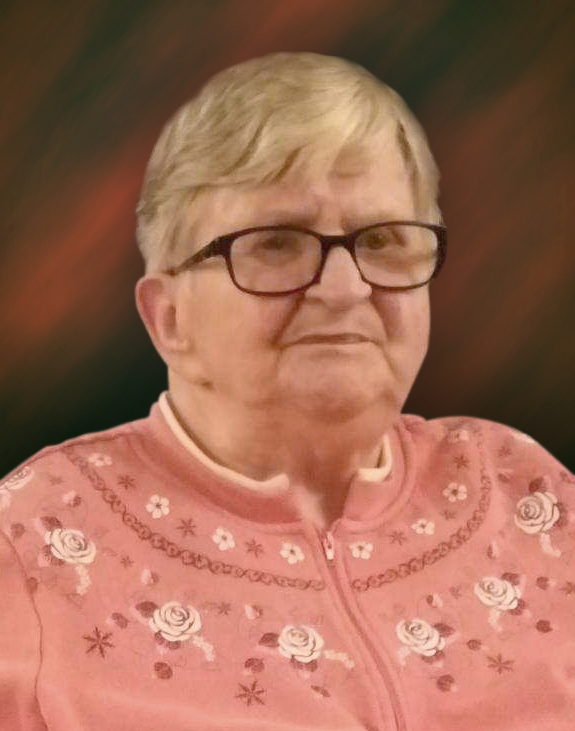 A private family memorial service for Ruth Ann Tibbits will be held at 1:00 PM on Tuesday, January 19, 2021, at Oakcrest Funeral Services, Winter Chapel in Buffalo Center. The memorial service and inurnment will be live-streamed on Oakcrest Funeral Services' Facebook Page https://www.facebook.com/oakcrestfuneralservices Inurnment will be in Rose Hill Cemetery in Thompson. A Celebration of Life will be held at a later date. In lieu of flowers and plants, memorials may be directed to Hospice of North Iowa in Ruth Ann's name. Cards can be sent to Lamont Tibbits, 1022 Scenic Ct., Oshkosh, WI 54904

Ruth Ann (Pierce) Tibbits was born November 15, 1942, in Buffalo Center, the daughter of Walter and Laura (Johnson) Pierce. She grew up in Thompson and was Baptized and Confirmed at the Thompson Methodist Church and graduated from Thompson High School in 1960. She graduated from Mankato Commercial College in 1961. After college, she worked as an Inspector at Deluxe Products in Lake Mills, where she met her husband.

Ruth Ann was united in marriage to Donald Lawrence Tibbits on August 24, 1968, at the Thompson United Methodist Church. Ruth Ann and Don farmed the family farm until 1980 when they moved to Forest City. She taught Preschool for a few years in Fertile, IA, and had various housekeeping jobs.

Every year Ruth Ann would have a big vegetable garden and lots of different flowers. She enjoyed baking, especially desserts, including kringla and lefse. She enjoyed crocheting items such as dolls, animals, and pillowcases, and quilting, sewing, and needlepoint. She also enjoyed watching old Western movies, playing cards, camping, taking fishing trips to Minnesota and Canada, and taking trips around the United States. Ruth Ann was a fan of college basketball and football; she especially liked watching the Iowa Hawkeyes.

Ruth Ann was preceded in death by her husband, Donald Tibbits, parents, and sister, Norma Authier.

"Sorry to hear this news. Last time I seen Ruth Ann was at a Johnson family reunion and she told me how my Grandpa Gilman Johnson would play the harmonica and she said he was pretty good at it. It was fun to here this. Mark Sorenson (Geraldine Sorenson)"