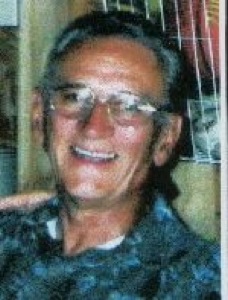 Ralph C. Duray, 67, of Hillman, formerly of Minneapolis, died Tuesday, 8/23/06 at Mille Lacs Nursing Home in Onamia. A Memorial Service will be held at 2:00 P.M. Saturday, September 16, 2006 at Immanuel Lutheran Church, 36055 213th St., Hillman, MN with Pastor Cathie Rhodes officiating. Private interment will be in the Minnesota State Veterans Cemetery in Little Falls. Ralph Carl Duray was born on October 19, 1938 in Columbia Heights, MN to Joseph & Delories (Tollers) Duray. He was the 9th child of 12. He entered the Air Force in January 1957 and completed his service in August 1965. He was united in marriage to Marlys Bruno in December 1957 and they had four children; Tonya (Randy) Niederkorn, Sunne (Dave) Wilson, Pauline (Scott) Larson and Paul (Amy) Duray. Much to his joy, he had 10 grandchildren and one great-grandson. Ralph worked for the City of Columbia Heights for over 30 years. He enjoyed telling old jokes to anyone who would listen. He amused his neighbors around the lake after retirement and cherished their friendship and support during his illness. Ralph succumbed to esophageal cancer on August 23, 2006. He was preceded in death by his parents, 3 sisters and 4 brothers. He is survived by his wife, children, grandchildren and great grandchild as well as his siblings, Shirley Pavlik of Flint, MI, Karen Kriesel of Minneapolis, Joan Butterfield of Lexington and Bruce Duray of Fridley and many nieces and nephews. "God Bless You All"