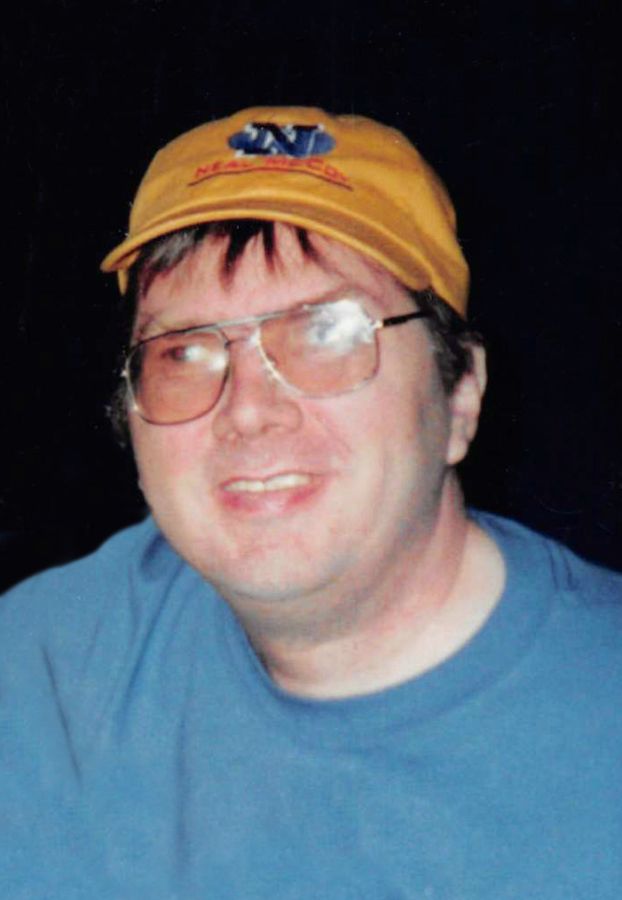 A funeral service for Dan will be held at 10:00 AM on Wednesday, December 9, 2020, at Bethany E&R Church in Ledyard. Doors will open at 9:00 AM. Burial will be in Maple Hill Cemetery, Lakota. Masks are required at the funeral. The funeral will be live-streamed on Oakcrest Funeral Services' Facebook Page. In lieu of flowers, memorials may be directed to Village Northwest in Sheldon in Dan's name.

After graduation, he began working as a mechanic at EJ Butler's John Deere in Elmore, MN. He thoroughly enjoyed his job and established a reputation as a great mechanic. Dan worked there until he was injured in 1982. Later on, he worked at the can redemption center; and was there until it closed.

After his injury, Dan lived with his parents and eventually moved to Village Northwest in Sheldon. In all those years he never complained and was an inspiration by taking joy in all that he experienced in his day to day life. He loved going out to eat and taking car rides to enjoy the scenic countryside. Spending time with family and friends was important to Dan and he loved coming home to be with them, especially during the holidays which often resulted a fun game of UNO. He would often call to check on his family to find out about work and how everyone was doing. He never failed to close out the conversation with, "I love you."

Dan was a member of a Bethany E&R church in Ledyard. Attending church was important to him and he would come in a wheelchair whenever he was able.

"Dan, the man. I have so many sweet memories with you. There wasn?t much that a lot of barbecue and a country song couldn?t fix. From the time you took a look under the hood of my car to make sure everything was in order, to the times we spent out front singing and grilling? it has been a pleasure being your staff and friend. Your soft spot for the people you cared about wasn?t a secret. After putting in at least 100 games, I don?t know that I?ll ever play UNO without thinking of you. You were a good guy. To you, I was ?Bail of Hay? and ?Bailey Quarters? and that is how I will remember you. Somewhere between learning which belt buckle you liked best, how exactly you liked things set up for a snooze in your recliner, or the foods that were surprisingly good with bbq sauce slapped on top, you earned a big piece of my heart. Like you favorite song, ?When it Rains in Pours,? I know that there is always good to come of tough things. While I am saddened that your time on this earth with us has come to close, I am overwhelmed with joy and excitement, in the thought of meeting your soul? free in Heaven. I can only hope that I had a sliver of the impact on your life as you?ve had on mine. Until we meet again, my dear friend."

"My sympathy\'s to Dan\'s family. He was a great guy that I worked with when I started at the Village in the PT dept. I did his stretching and along with other Staff there and we did some walking in the hallway\'s and up by the office ladies that he had to say \"Hi\" and talk with them. There was times I would have to tell he need to get done with his walking before his next class. When this covid 19 came I help other Staff in the house do our class in the house and Dan came to class we was reading different books that was real stories \"Miracles from Heaven\" and \"Heaven is for real\" about them getting hurt or sick and in the hospital. We asked the class different question about we read and Dan reply to all the questions. He was really big on his church faith and loved to church sing songs and one was \"How great the art\". He also love country music and if someone else ask for a song in music class at the center that\'s not country and it\'s rock and roll he would say what kind music is that. We would let Dan know that all people don\'t listen to country there other music out there and he says that\'s not music, country and church music is now music. Everyday when I come to work he would ask me how my youngest daughter is and when she was going to come and play UNO with him and he also asked how my husband is and where he was at sense he\'s a over the road trucker and what he was hauling in the trailer this time. I\'am going to really miss giving him a bad time and he\'s fun to play UNO with if he\'s playing it right and he gets happy when he wins and you loss the card game. Rest in peace Dan in Heaven and with God that you always talked about in the class room. Sandy Pedro(Center Staff)."

"My sympathy to Dan\'s family. He was truly a man of great faith and tremendous character. He talked of his family often and always with pride. A highlight of every year was the annual hog roast that was held by his family. While the food was always great it was the people who he saw that he talked so much about. I\'ve had the privilege of serving as one of Dan\'s staff at Village Northwest Unlimited for many years. He was part of a big family here. One of Dan\'s goals after his accident was to walk again. Dan worked diligently towards that goal for many years. He was a determined man. He didn\'t let much get him down. If he did get down, it wasn\'t for long. While he didn\'t get to walk unassisted on this earth I know that he is now using his legs like he dreamed of for so many years. He is with the God that he sang of so often, reunited with his family who went before him and eating all of the liver and onions that he wants! Some of my favorite memories of Dan are watching him play UNO with his best friend, Chuck, with the kids of staff, with his roommates and many others. He was competitive and he wasn\'t afraid to play a little dirty to win :). Dan made a point of getting to know the people who worked with him. He became part of our families. He watched my 19 year old and 16 year old grow up and he knew what was going on with them. He was very caring under his tough guy act. So many people are missing him. It wasn\'t until recently that he began saying that he was ready to go to Heaven. It is a great comfort to know that he is Home. He was a witness to many over the years and taught us way more than we ever taught him. In the midst of great struggles he had a ready laugh, a teasing comment, an optimistic outlook and a love for so many people and things. Every year on his birthday he would order dozens of doughnuts and share them with anyone he saw. He was committed to promoting everything John Deere and trying to convince people that everything else was \"junk.\" He was a farmer at heart and always knew what job Rodney would be doing on the farm based on what time of year it was. I miss Dan and am grateful to have been part of his life. Daphne Bremer"

"To all of Dan\'s family - It is with sadness and acute nostalgia that I read that Dan had passed away. I am sorry for your loss. Oh, how I remember Dan from our high school days! He sat right by me in our huge study hall (the one everybody was in) and seemed to look forward to when I would show up and he would tell me something and softly chuckle about it. It wasn\'t necessarily funny or noteworthy but he just always had something to say to me and I rather looked forward to that. It made me feel good. I remember this like it was yesterday. He was nice and he was quiet and he was personable. After his accident, his personality seemed to get bigger and I remember the first time I saw him in church after the accident, he looked right at me and said \"Hi Cheryl\". Once again, that made me feel good. Dan was a really, really, nice guy and I will keep your family in my prayers."

"Dan\'s family, we were sorry to read about Dan. Oh the MANY games of UNO we played with him and his parents!. Dan loved to tease us but always had his \"I love you\" when we left. After Dan\'s accident it was Jim\'s privilege to make a powered device for Dan that allowed him to move his legs . Jim always hoped it would help Dan in a small way. Later Dan did walk again with help. He was a special guy and will be missed by many. We will be praying for all of you and send our sympathy. Sorry we can\'t attend the services. Jim and Betty"