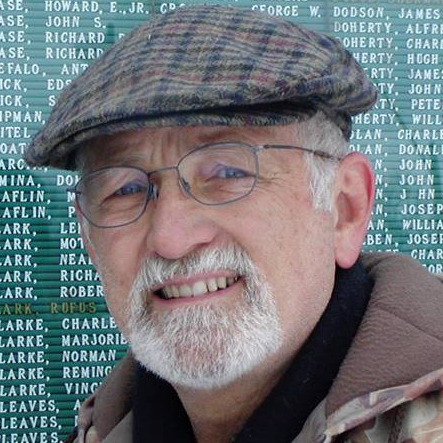 Thomas Franklin Eynon III was born in Scranton, PA and grew up in Clarks Summit, PA, the oldest of 4 boys (Benjamin, Bill and Dave). He attended West Point Military Academy and graduated in 1960 in the top tier of his class. He first assignment was a Ranger in Ft. Benning, GA where he met his lovely wife Carolyn at a Bible study. He then moved to Ft. Rucker Alabama, but continued to date Carolyn long distance. Tom and Carolyn were married in 1963. During this time Tom faithfully served his country and completed two tours in Vietnam. He was one of the first soldiers to test pilot the Cheyenne Helicopter.

Tom and Carolyn were called into the ministry in 1970 and went to work with the Navigators. They faithfully served the Lord throughout their entire marriage, living in many different countries, including Taiwan, Hong Kong and Russia. After living abroad, they settled in the Boston area for 28 years. In 2011 they made the decision to move to Scottsdale, AZ.

In addition to his wife, Tom is survived by his sons and daughters-in-law, Brent, Nicole, Deryk and Gina, as well as his FIVE granddaughters-Stella, Abigail, Ayva, Charlotte and Adley.

Tom was known for many things, a few of which were his love of classic cars, stamps, model trains, coin collections, scripture memory and old hymns-especially when they were sung by barbershop quartets.

He lived a life that most could only dream of. In the end, although his health declined, he never lost his sense of humor and positive outlook on life. Most of all, he never lost his faith in Jesus and his belief that Heaven is our true home.

"I have fought the good fight, I have finished the race, I have kept the faith."

"Blessed is the one who perseveres under trial because, having stood the test, that person will receive the crown of life that the Lord has promised to those who love him."

Tom's service will be available at the link below.

"My wife Jan and I are blessed by knowing Tom and Carolyn. Tom and I enjoyed our lunches at Carlos O\'briens and the little hole in the wall asian fare restaurant near Harkins theater that didn\'t survive Covid. Those memories are indelible. Tom and Carolyn\'s accomplishments in life are to be copied by all of us who want to walk closely with the Lord. Recently I discovered a poem by C T Studd entitled Only One Life. It fits Tom and Carolyn to a T. We grieve for our friend but we know this is only a temporary separation."

"We, Ken and Judie Anderson were in Boston part of those 22 years ......... remembering a fun St Pat?s supper with Irish stew. Tom was mentoring HS kids thru sports and traveling by motor home, they had come back from mentoring multiple Nav staff. They reflected a deep joy as God?s children. "

"Boy ,do I wish I had been able to know this Godly man.What a wonderful CHRISTIAN example . But ,because of our shared faith,I WILL!!! My sincere sympathies to Deryk And Gina and the extended family. Cousin Gina Pag"

"Grampy you will be so missed! Thank you for the wonderful example of a Godly You have been to our entire family. We know you are rejoicing in Heaven! "