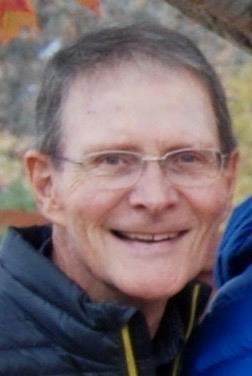 Jon Frederick Larson, 73, went to be with his Savior on Tuesday, October 6, 2020, after a 14-month battle with pancreatic cancer. He passed away at Boone Hospital Center with his wife by his side. Graveside service with military honors will be held at 11:00 a.m. on Thursday, October 15, 2020 at the Malvern Cemetery. Loess Hills Funeral Home of Malvern assisted the family with local arrangements.

Jon was born on February 28, 1947, in Red Oak, Iowa, the younger of two sons born to Nels Frederick (Fritz) and Mary Margaret (Quimby) Larson. He grew up in Southwest Iowa on a farm south of Emerson where his family lived and farmed for 41 years. His elementary school years started in the one-room Keystone School House and were completed at Emerson Public Schools. He attended high school at Nishna Valley Consolidated School District. He was a good athlete and enjoyed participating in baseball, varsity basketball, music and drama during his school years. He also loved hunting and fishing, which he continued to enjoy until later in life.

After high school graduation, Jon attended Iowa State University in Ames, Iowa, majoring in Hotel Management Institution Management with a minor in Dietetics. On March 2, 1969, he married Sharon Jean Turner. He graduated with a B.S. Winter Quarter of 1970. Upon graduation, Jon received a direct commission of 2nd Lieutenant into the U.S. Army Medical Specialist Corps as a Dietitian. Upon completion of Basic Training at Fort Sam Houston in San Antonio, Texas, Jon served at Fitzsimons Army Medical Center in Aurora, Colorado, as Assistant Chief of Food production & Service. Jon and Sharon enjoyed their years at Fitzsimons and loved the mountains and the opportunities for skiing, biking, camping and hiking while there. Their first son, Christopher Jon, was born at Fitzsimons in May of 1973. By then, Jon had decided that he did not want to stay in the army and had requested a discharge, which he was granted in June of 1973. He remained on Reserve Standby until May of 1976. He was awarded the National Defense Service Medal and the Army Commendation Medal and attained the rank of First Lieutenant.

Upon discharge from the Army in 1973, he accepted a position as Coordinator of Food Production and Service at St Luke's Hospital in Kansas City, Missouri, and the family lived in Prairie Village, Kansas. In November of 1975, their second son, Benjamin Scott, was born.

Jon was offered the position of Nutrition and Food Service Director at Boone Hospital Center in Columbia in the fall of 1978, and the family then moved to Columbia. He remained at Boone until his retirement in 2012. He considered this position as his personal ministry to the patients, employees and community of Boone Hospital. During these years he coached baseball and soccer teams for both his sons. He enjoyed teaching and spending time with all the players. Jon and Sharon also enjoyed playing Co-ed softball and volleyball with friends for several years in Columbia's Parks and Rec Leagues.

In retirement years Jon and Sharon enjoyed traveling and visiting their sons & families as well as other family members in other states. Among family, they were nicknamed "the Road Warriors", and their motto was "Have airbed, will travel, God willing!" Jon enjoyed having time to read and leisurely work in the yard and had begun biking on the MKT. They continued to attend the annual siblings reunions with Sharon's family.

Jon grew up in the Methodist church and was baptized as a child. He was a member of Compass Evangelical Free Church for 40 years and in recent years served on the Next Step committee completing a renovation of the church. His faith in Christ was the central driving force of his life as He accepted Jesus Christ into his heart in his early years.

He is preceded in death by his parents, his brother Joseph Q. Larson, his brothers-in-law, Lowell McMillen and Lynn Turner, and many aunts, uncles, and cousins.

He will be deeply missed by his wife of 51 years, Sharon; his two sons, Chris (Kelly) and Ben (Brooke); and his five grandchildren whom he loved deeply, Max, Lily, Grady, Graham and Weston Larson; along with Sharon's family - brother Ron Turner, Denver, CO, sister Rose McMillen, Westminster, CA, and sister Geri and her husband Craig Mann, Yorkville, IL; as well as many nieces, nephews and dear friends.

The family wishes to give deepest thanks to Dr. Doug Vogt and all the wonderful nurses, techs and other service personnel at Boone Hospital Center who took such exceptional care of Jon.

"Oh Sharon, I am so sorry for your loss. Sadly, I never had the chance to meet your, John but I can tell I would have liked such a well rounded man. You are starting a journey that you never asked for. But understand that there is no time limit or easy way to grieve. I am sending you prayers and peace from my heart to yours. Love, Pat Winters Mintle."

"Hey Sharon I\'m so sorry for your lose ?? It read like you had a wonderful life ? You were blessed with two sons who will be there for you and you for them???? God Bless Jon ?? and God Bless you and your family and friends. Sincerely Joyce Lindsey Kemerling "

"So sorry to hear the news about Jon.. Sending our sympathy and prayers at this very sad time. Colleen and Doug Gipe"

"Sharon and family, I am so sorry to see this about Jon! I have many fond memories of our days at St. Luke?s Hospital. He was highly talented with his food service management expertise but more importantly he was a good person! I always enjoyed being around him, you and your family. I know Jack felt the same. Peace and blessings. Mary Lou Bowman"