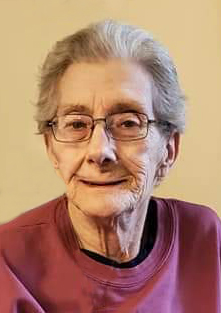 Graveside Funeral Services for Pamela Awe will be held at 1:30 p.m. on Saturday, October 10, 2020, at the Corwith Cemetery in Corwith, Iowa, with Reverend Denise Lindemann presiding.

Pamela Alma Louise Awe was born September 16, 1947, in Odebolt, Iowa, the daughter of Otto and Enid (Dublinske) Zadow. She grew up in Odebolt and attended Crestland School near Early.

On April 6, 1974, Pam was united in marriage to Richard Parks in Early, Iowa. They later moved to Corwith. Richard died in December of 1985 and Pam was later married to Joseph Awe on May 23, 1987, at St. John's Lutheran Church in Corwith. Pam had worked for Blue Cross Blue Shield, ran a daycare and for 30 years had a large garden and was active in the Farmers Markets in Corwith and Britt.

She especially enjoyed spending time with her grandchildren, quilting, doing counted cross stitch, working crossword puzzles and tending to her garden. Pam was a member of the St. John's Lutheran Church in Corwith.

She is survived by her husband, Joseph Awe of Corwith; son, Gerald and Jennifer Awe of Corwith and five grandchildren. Also surviving are siblings, Mitchel Zadow of Clear Lake; Martin Zadow of Britt; Marie Kerns of Sloan and several nieces and nephews.

She was preceded in death by her parents; husband, Richard Parks; son, Kelly Parks and daughter, Tawnya Heald.

"So sorry for your loss. Thought the world of this feisty woman. "

"I cared for pam at the care center in Kanawha and became very fond of her. She was always quick witted with a smile and a story to tell me. We could talk for hours had I not been on the clock, but I always made time to stop and say hello and chat. She will be very missed and I am so sorry for your loss. It wont be the same there without her."