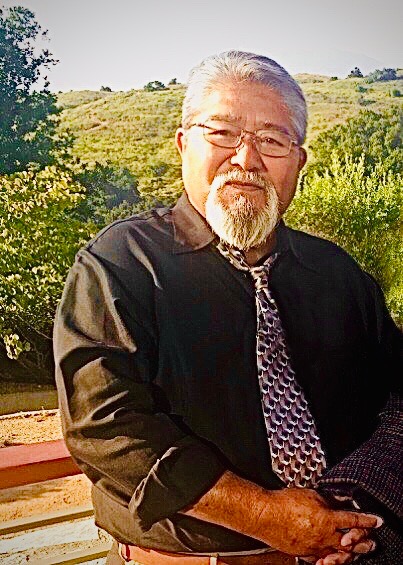 David Robert Vargas 73, passed away September 24, 2020 after a brief illness. David created a life full of memories for his family, friends and co-workers. He worked at the El Monte Glass Plant where he retired after 37 years. David was one of five children, Richard, Gilbert, Jim, Mike and Sister Hope.

David was a kind, gentle, giant of a man who was known for his bigger-than-life smile and kind words for all. He loved to go camping with family and friends. He was an avid lover of the art of barbecuing, and serving delicious recipes to whomever wanted to drop by.

He is survived by his wife, Ruby; his daughter, Kimberly (husband, Al); step-children (who in-turn, loved him as a father), Ken (wife, Judy), Shelly (husband, Frank) and Pita; his 12 grandchildren and 15 great-grandchildren; as well as his brother, Mike, and sister, Hope. Additionally, David opened his home to help his wife, Ruby, raise a niece and nephews who he also considered as his grandchildren, Donal, Dana, Joy, Albert and Anthony.

Many will miss David as time goes by. But rest-assured he has joined his mother, Julia, his father, Diego, and brothers, Jim, Richard, and Gilbert in the eternal after life. He is at peace. A life well lived.

Condolences can be expressed on-line at White Emerson Mortuary www.whiteeerson.com. A celebration of life will be held at the home of the family. Then a memorial service will be held Oct 23rd, 2020 at 10am at White Emerson Mortuary (13304 Philadelphia St. Whittier) followed by a graveside dedication at 1:45 pm at the Riverside National Cemetery (22495 Van Burien Blvd. Riverside) with military honors.

"My most recent memory of my uncle David was when he and my aunt Ruby came to watch Cady play rugby. Well there was my uncle David cheering for USC instead of his niece Cady who was playing for Fresno State. We will miss forever. Love Yvonne, Cady and Jackson "

"David my brother. I am going to miss you. Prayers for you and the family. Rest easy. You will live on in our hearts and minds."