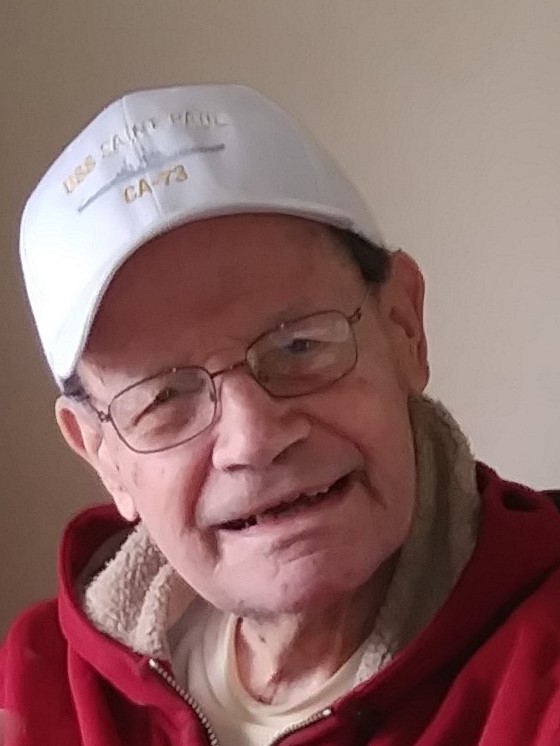 C. Ray Briganti, 91, of Middletown died on Monday September 7, 2020, at home surrounded by his loving family.

He was the beloved husband of Catherine (Rabaiotti) Briganti.

Mr. Briganti was a graduate of Cranston High School where he played football. As a young man, he served in the US Navy on the Heavy Cruiser St. Paul which fired last Salvo from a United Nations vessel to end the Korean War. No other ship in any Navy in history fired as many rounds of ammunition as the USS St. Paul. He continued his service in the Rhode Island National Guard for three years after his active duty.

After the Navy he completed a course in electronics at New England Technical Institute in 1958 and worked for the Department of Defense twenty-seven years, between Quonset Point Naval Air Station and Naval Underwater Systems Center in Newport, retiring in 1980 from the Department of Defense. Ray also held a real estate broker's license for 30 years.

Utilizing his technical expertise and desire to serve his country and community, he made several efforts later in his life. He lobbied to National Grid to improve the visibility and safety of utility poles along roadways, and now reflectors are installed statewide. He also was aware of the dangers of sun exposure many years before it was universally accepted and helped get the umbrellas installed for lifeguards at the beach. In 2017, he worked with the town administrators to make sure they did not use a dangerous hot asphalt option to renovate the school's roof, because it contained a known carcinogen. These efforts have helped save lives, small efforts with significant benefits.

Ray was a member of the American Legion, Portsmouth Post 18. He and his wife both actively followed high school sports and enjoyed time at the beach. Spending time with his immediate family was his pride and joy.

Besides his wife of 65 years, he is survived by his beloved daughters Cathy Gliottone of Exeter, RI and Lynne DeMasi of North Scituate, RI, his grandson Austin Gliottone of Fort Collins, CO and a brother Joseph Briganti of North Smithfield, RI.

Funeral services will be private at the Memorial Funeral Home. Burial with military honors will follow in St. Ann's Cemetery, Cranston.

"Rest in Peace Ray , it was an Honor to Know You & Catherine . The \"Spot\" will be Open to Your Family Any Time They Want. Thank You for Making The Island Safer for Us as Well ......God Bless My Friend ??"